Asked about the personal best memories from the tournament, Kirti mentioned that taking the wicket of Ian Botham in the semi-final was his moment to cherish. New Delhi: The cricketer-turned-politician Kirti Azad, who was an integral member of the 1983 World Cup-winning Indian cricket team, has said that all the incidents depicted in the Ranveer Singh starrer film ’83’ are absolutely true, including famously picturised bathroom scene in which the entire members of the side can be seen waiting for captain Kapil Dev during the match against Zimbabwe.

After the release of the film’s trailer recently, netizens felt that that Kapil’s bathroom scene is a bit of exaggeration, but Kirti who was part of that team said he himself witnessed all the incidents, adding that every single incident in the film is based on true events.

“It is true that Kapil had gone for a leisurely bath, but when 4 wickets got out in no time, we all frenetically went outside his bathroom and informed him. After that, he went to bat. I think he was in anger as well as in surprise at how all the people got out so quickly. We all know what happened after that. He played such an innings which is considered one of the best innings in history,” Azad told IANS while recalling that famous knock of Kapil Dev.

When the 1983 Indian team left for the World Cup, not many believed in their ability to win the title. And Kirti himself admits that, everyone except Kapil went to England to play routine games.

“Only Kapil was in the view that India can win the world cup. And that belief I think worked against Zimbabwe when he hammered 175 not out. After that match the others too started thinking like Kapil,” the former cricketer said.

Asked about the personal best memories from the tournament, Kirti mentioned that taking the wicket of Ian Botham in the semi-final was his moment to cherish.

“Botham was one of the most dangerous players in the England side. He was playing in his home ground Manchester. So, everything was against us. Pitch was playing slow, and England were, I think pretty well, perhaps 96 for 2, when Kapil brought me and Mohinder into the attack.

“Kapil told both of us, ‘look, the wicket is slow, so curb your speed and it would be very difficult for England batsmen to make runs’. We did the same thing and England were literally choked. We bowled 24 overs in a trot, gave only 55 odd runs and got 4 wickets including Botham,” he said.

During that era, the Indian cricket board wasn’t that rich and players didn’t use to get hefty match fees, in comparison to what they get now. However, it was the Manchester crowd that gave tokens to players for their brilliance on the field during the 1983 World Cup.

“When Botham was out, crowd broke in and most of them gave 5 pounds and 10 pounds in my pockets as a token of appreciation. At that time, we were given only 15 pounds from the BCCI for a day. So, getting more than 200 pounds was something very big for me. It is something I will not forget in my life,” recalled Kirti, while thanking the Manchester crowd.

The cricketer-turned-politician also mentioned that he along with other few team-mates used to light up the mood in the dressing room when the team used to face pressure situations.

“Four of us in which I, Balwinder Sandhu, Ravi Shastri and Valson were counted among the crooks. We used to crack jokes and did not let anyone get too tense,” he said.

The trailer for Ranveer Singh-starrer ’83’ was finally unveiled recently. In the film, Ranveer played the role of the legendary Kapil Dev, who led the underdog unit to the coveted World Cup glory in 1983 as they beat the mighty West Indies team in the finals at Lord’s cricket ground. 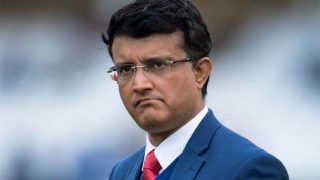 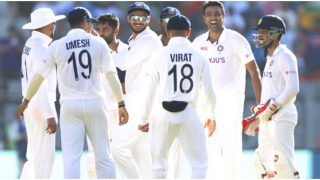