When KKR skipper Gautam Gambhir was called, he weirdly did not react to the wrong toss.

Kings XI Punjab’s skipper Murali Vijay got away with an advantage of choosing if they wanted to bat or ball despite losing the toss in their match against Kolkata Knight Riders at Mohali on Sunday. Although there have been no clearance on this issue, a lot of cricket enthusiast have been discussing it on the social media. It was KKR skipper Gautam Gambhir who spun the coin and Vijay chose heads, as heard on the microphone. The Match referee Sharma said ‘tail it is’, and pointed to Vijay. That probably was the moment of confusion. As the two skippers exchanged a couple of words after the toss and then it was the Punjab captain who approached Ravi Shastri and shook his hand.Full Cricket Scorecard:Kolkata Knight Riders vs Kings XI Punjab, IPL 2016 Match 32 at Eden Gardens

Talking to Shastri, Vijay said, “We are going to bowl first. There is a prediction of rain but we aren’t thinking too much about it. KKR are good chasers so we’d like to put them under pressure.”

When Gambhir was called, he weirdly did not react to the wrong toss. He said, “We don’t mind batting first. We’re playing three spinners and the wicket looks dry so it’s a good opportunity to bat.”

Well well well, here is a new controversy. In #KKRvKXIP match Gambhir won the toss but Ravi Shastri went to Vijay for his decision. #KKRvGL

Glenn Maxwell’s fireworks towards the end did seemed to have threatened the KKR boys for sometime before their star spinner Piyush Chawla dismissed him, trapping him leg before wicket. Maxwell scored a 42-ball 68 and this knock was inclusive of four sixes and six boundaries. Had KKR lost the match, there would be high chances of the franchise to make a big deal about it. 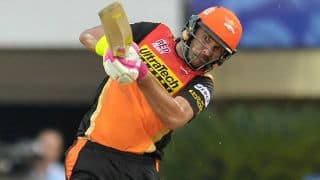 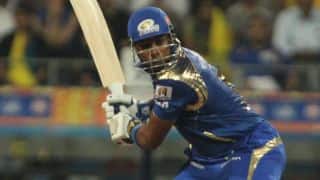