KKR will have to play as a unit in IPL 5: Rudi Webster

KKR will have to play as a unit in IPL 5: Rudi Webster

Newly-appointed mental skills coach of Kolkata Knight Riders, Dr Rudi Webster, on his first day in charge, stressed on the importance of playing as a team. 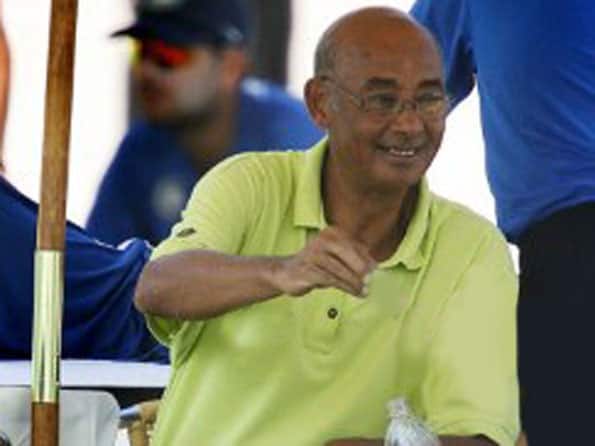 Rudi Webster said he will look to bring KKR players as a unit and focus on a common cause. and he is sure they would do better as a team AFP

Newly-appointed mental skills coach of Kolkata Knight Riders, Dr Rudi Webster, on his first day in charge, stressed on the importance of playing as a team.

Yet to make the semifinals in the last four editions of IPL, Knight Riders would be eager to get some valuable inputs from the 72-year-old Grenada-based psychologist during their pre-season training at the Eden Gardens, which started on Friday.

“It’s a very fast game, with a lot of pressure. I will look to bring them as a unit and focus on a common cause. I am sure they would do better as a team,” Webster said.

Having seen only two recruits in Manvinder Bisla and Chirag Jani on the first day of the camp, the veteran sports psychologist who had worked with the likes of Clive Lloyd and Greg Chappell said, “I’ve heard there is a lot of talent. But once I see them personally, I will have a better idea.”

“Sports psychology is just like medicine. You have to diagnose before prescribing the medicine. As IPL is played over a short span, you have to address the issues quickly,” Webster said.

He also hoped that West Indian spinner Sunil Narine, who was roped in by KKR this season, will come in handy.

“The conditions will help him (Narine). If he can bowl the right line, he would be a threat. He is already doing well for the West Indies.”

Webster also felt that a full-time sports psychologist would come in handy for the Indian cricket team, especially during overseas tours.

Asked about India’s string of losses in England and Australia, Webster said: “It could be a combination of a lot of things including mental conditioning… But India had been doing well overseas in the last few years. I think a full-time sports psychologist can help them in this regard.”(PTI)

Click here to read all news related to KKR