Kohli reckoned it was about getting in the zone for Rahul and the India skipper sounded confident that the Karnataka batsman would do it soon. 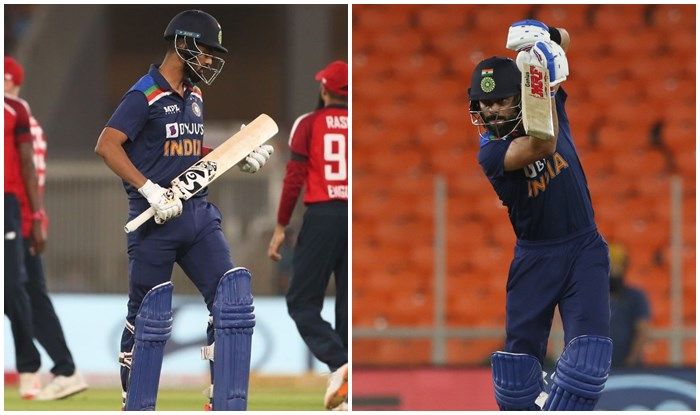 Following a humiliating eight-wicket loss against England in the third T20I, India captain Virat Kohli was as expected asked to comment on KL Rahul’s lean patch and he did. Terming the India opener as a ‘Champion player’, Kohli said he too was having a poor run sometime back. Adding further, Kohli reckoned it was about getting in the zone for Rahul and the India skipper sounded confident that the Karnataka batsman would do it soon.

“I was going through a lean patch two days back. He (KL Rahul) has been a champion player. He will continue to be one of our main players along with Rohit at the top of the order. It’s a matter of five-six balls in this format,” Kohli said at the post-match presentation.

Rahul’s last 10 T20I innings give fans a sorry picture. He has scored 250 runs at an average and strike rate of 27.77 and 121.35 respectively which also includes a couple of overseas half-centuries. With massive competition for the opening slot, Rahul would have to get back in touch.

In the third T20I, he was clean bowled by Mark Wood and one felt he was done in by the pace of the bowler.

At the presentation, Kohli also hailed the English bowlers for restricting India to a below-par score at the Narendra Modi stadium.

“England bowlers were brilliant with the new ball, made our lives difficult,” Kohli said.

England has taken a crucial 2-1 lead in the ongoing five-match T20I series. They would be high-on-confidence going into the fourth game. India will look to bounce back in a couple of day’s time, while England would look to seal the series.