Former Pakistan batsman Mohammad Yousuf feels Virat Kohli looked fatigue towards the fag end of the series and reckoned it could happen to any cricketer playing at the international level. Kohli’s tally of 218 runs in 11 innings in New Zealand was the lowest he had managed in a single tour despite playing all three formats (ODIs, T20Is and Tests) as India, after comprehensively winning the T20Is 5-0, suffered a 0-3 whitewash in ODIs and were blanked 0-2 in Tests.

“Kohli looked a little fatigued. It can happen to anyone when you play so much cricket. That is why I agree in modern day cricket fitness is paramount for players. In our days we could manage. But my belief is that if a player is not fit he just can’t give perform to his potential,” Yousuf said.

Yousuf said he wasn’t surprised to see New Zealand coming back from the T20I defeat with all guns blazing in ODIs and Tests and attributed the outcome to the hosts playing better cricket than India. After securing a Test series win in 2009, India have now lost back-to-back series in New Zealand, having suffered a 0-1 defeat in 2014.

“New Zealand has always been a tough side at home and they have only gotten better in recent years and don’t forget they have some top pace bowlers who are not easy to handle in their own conditions,” Yousuf added. “New Zealand just played much better cricket than India and sometimes I feel there is so much cricket being played these days that it is inevitable that even the best players will get tired and fatigued at some stage.”

Yousuf was critical of Misbah Ul Haq’s decision to recall Mohammad Hafeez and Shoaib Malik for T20Is against Bangladesh despite both scoring a half-century each. Shoaib hit an unbeaten 58 in the only innings he batted, while Hafeez struck an unbeaten 67 in the second T20I which Pakistan won and eventually took the series 2-0.

“I just don’t understand why give so much responsibility to one man and I don’t see any planning in the way Misbah is handling things. Why recall Hafeez and Malik when their records in places like Australia is clear. It is a step backward for Pakistan cricket,” the former Pakistan middle-order batsman further added. 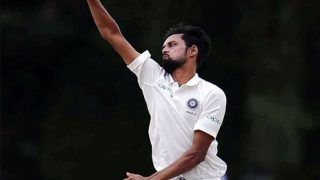