India captain Virat Kohli among other international stars have been named among 50 Delhi probables for the upcoming one-day tournament.

DDCA posted the list on their Twitter account on Monday for the annual one-day tournament which Delhi last won during the 2011-12 season – their only title win till date. Delhi though finished runners-up last season losing to Mumbai in the final in Bengaluru.

Some big names in the list as senior selection committee name probables for Vijay Hazare Trophy. All available players are requested to report 8 am tomorrow to Head Coach KP Bhaskar at the Feroz Shah Kotla ground.@BCCI @BCCIdomestic pic.twitter.com/1C0gsLxW8K

Kohli, Pant and Ishant are currently playing in a Test series in West Indies while Dhawan and Saini were part of the limited-overs leg of the tour.

The tournament gets underway late September. 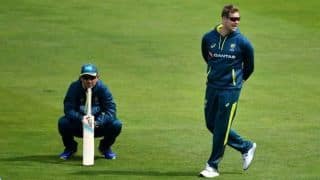