According to hospital sources, his body will be taken for post mortem to diagnose the cause of his death.

Aniket, 21, from Paikpara Club, was brought dead to RG Kar Medical Hospital. He is survived by his mother and father.

A southpaw, who could also bowl right-arm off spin, Aniket joined the club last year and according to his coach was a fine talent.

“He was a good cricketer. He was a brilliant team man and a good fielder too. We are shocked to say the least,” his coach said.

“We were all there on the field, warming up. He wanted to play football for some time. But before that, while warming up he suddenly collapsed on the field and we rushed him to the hospital,” a teammate said.

“We are trying to postpone the match which is scheduled for tomorrow. This is a very unfortunate incident and we are shocked,” said Cricket Association of Bengal (CAB) joint secretary, Avishek Dalmiya.

Former Bengal captain Sambaran Banerjee, who runs a club of his own, expressed shock at the incident too. “I have no words to express how sad I am. This is too tragic.”

According to hospital sources, his body will be taken for post mortem to diagnose the cause of his death. 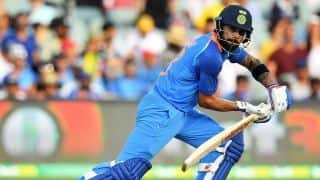 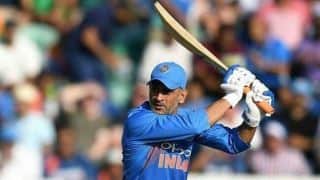