Catch the live streaming of IPL 2015 Match 4 between Chennai Super Kings and Sunrisers Hyderabad at Chennai.

Catch the live telecast of the KKR vs RCB match on Sony Six and Sony Six HD for English and Set Max for Hindi commentary. The live streaming of the match is available on starsports.com. MATCH PREVIEW: Kolkata Knight Riders vs Royal Challengers Bangalore 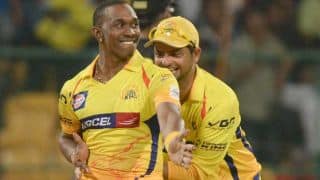