Most cricketers sent their deepest condolences to the families of the deceased. 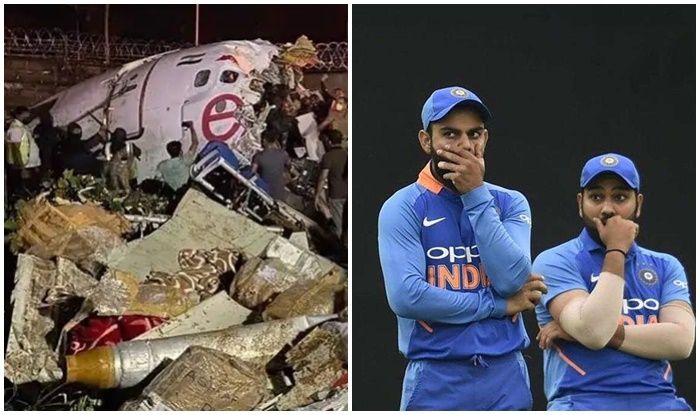 Top Indian cricketers – from skipper Virat Kohli to his deputy Rohit Sharma reacted after the tragic incident that took place in Kerala where an Air India flight with 190 onboard from Dubai, skidded off the runway and broke in two portions.

The flight which was returning from Dubai and was a part of the Vande Bharat mission had 190 passengers on board. According to media reports, seventeen people, including pilot Captain Deepak Vasant Sathe, were killed and several others injured in the plane crash.

Most cricketers sent their deepest condolences to the families of the deceased.

Here is how the cricket fraternity reacted to the tragic incident:

Praying for those who have been affected by the aircraft accident in Kozhikode. Deepest condolences to the loved ones of those who have lost their lives. ??

Terrible news coming from Kozhikode. Frightening visuals of the plane breaking apart. Hoping and praying that all passengers are evacuated safely as soon as possible!

Praying for the safety of everyone onboard the #AirIndia Express Aircraft that’s overshot the runway at Kozhikode Airport, Kerala.

Deepest condolences to the families who have lost their near ones in this tragic accident.

Praying for the passengers and the staff on the #AirIndia flight in Kozhikode. Shocking news.

Heartbreaking news from Kozhikode. Deepest condolences to the lives lost in the landing mishap. Praying that the rest of the passengers return home safely. 2020 could really use some more compassion. ?#KozhikodeAirCrash

The Air India Express has expressed regret over the mishap but asserted that Vande Bharat Mission operation will continue.

Meanwhile, the cricketers will be getting ready to play the upcoming season of the Indian Premier League that will take place in UAE. The tournament starts from September 19 and the final will be played on November 10. 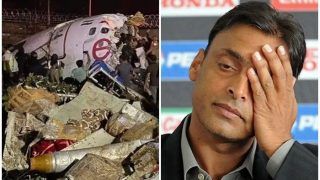