As many as 12 players in KPL are suspected to have been in touch with Ali for betting as per the investigation, police sources said

“The CCB has unearthed a betting scandal in the KPL. Belagavi Panthers team owner Ali was placing bets on matches. He placed bets with a bookie who is allegedly in Dubai. He is arrested for betting,” Bengaluru joint commissioner of police Sandeep Patil told the Indian Express.

The KSCA runs the KPL on the lines of the Indian Premier League (IPL). “We are investigating Thara’s role in an alleged match fixing in which a few players of other teams are reportedly involved. We have summoned them also for questioning, as he was in touch with some of them,” Patil said in a statement as qouted by IANS.

This year, the KPL was held from August 16-31, with Vinay Kumar-led Hubli Tigers claiming the title beating Ballari Tuskers.

As many as 12 players in KPL are suspected to have been in touch with Ali for betting as per the investigation, police sources said. The probe into betting and match-fixing in KPL was opened up by the CCB on the basis of inputs provided by the BCCI Anti-Corruption Unit (ACU) soon after allegations of betting and match-fixing in the Tamil Nadu Premier League (TNPL), they indicated.

Thara was also the co-owner of Kerala Kings, a team in a T10 tournament held in Abu Dhabi with the likes of Chris Gayle, Eoin Morgan and Kieron Pollard featuring in the team. 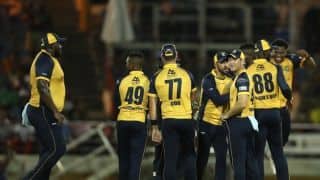 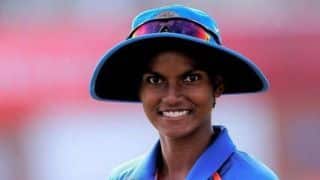