After resigning as KSCA secretary Brijesh Patel in the wake of the Supreme Court order, the former India cricketer remains in contention for a top post in the BCCI.

Bengaluru: After resigning as KSCA secretary Brijesh Patel in the wake of the Supreme Court order, the former India cricketer remains in contention for a top post in the BCCI. “Even, earlier today, I have said, and I would repeat it again that Brijesh is not out of the contention for the top post of the BCCI. He is eligible,” KSCA Spokesperson Vinay Mruthyunjay told PTI after the unveiling of the next generation cricket outfield which quickly removes standing rain water causing no delays in starting or resuming a match. Patel’s name is doing the rounds for assuming BCCI President’s post after Anurag Thakur and Ajay Shirke were sacked as President and Secretary of BCCI for “obstructing” Lodha Panel reforms.

Arguing in favor of Patel’s eligibility, Mruthyunjay said Patel had completed is nine years of holding a position in the state association, not in BCCI, and hence he still he is a contender for the top post. “According to the directive from the Lodha panel, Patel has cumulatively completed a period of nine years as an office-bearer of a state association, but he is eligible for contesting elections or holding a post in BCCI,” Mruthyunjay said. Patel, before holding the secretary’s post in the state association, had previously occupied the post for nearly 12 years at a stretch which went against the age and tenure limit clause included in the sports code.

On January 2, the Supreme Court had sacked Thakur and Shirke with immediate effect, holding that it was mandatory for the BCCI to implement the Lodha Committee recommendations on administrative reforms in toto. The court had also ruled that, for the time being, the senior-most vice president of the BCCI would act as the president and the joint secretary would carry out the secretary’s functions. 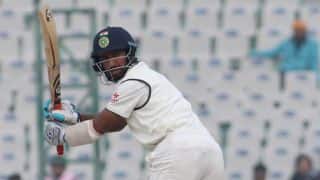 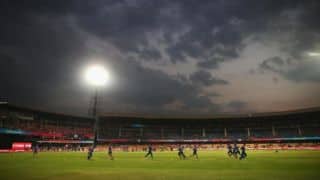