Former India spinner Maninder Singh reckons that it is not going to take more than a week or 10 days for the out-of-favour left-arm spinner, Kuldeep Yadav, to come back into his elements as he still remains the same spinner that he was a couple of years ago.

New Delhi: Former India spinner Maninder Singh reckons that it is not going to take more than a week or 10 days for the out-of-favour left-arm spinner, Kuldeep Yadav, to come back into his elements as he still remains the same spinner that he was a couple of years ago.

In an exclusive chat with CricketCountry, Maninder said, “We have had a word. He had called me up before the IPL started and I have told him about this flaw of his and he even knew about it because he told me that somebody told him that I was talking about his flaw and asked me how can he fix it and then we decided that after the IPL is over we would spend some time together but unfortunately with all this pandemic it didn’t fall through. There is just a technical flaw that needs to be corrected and I think he would be on the right path. I mean, he is still a kid and it is not a big deal. It is just a matter of one week or 10 days and he will be back.”

Yadav has been struggling for form off-late and has lost his place in the Indian side. To make matters worse, Kuldeep failed to make it to the playing eleven even for Kolkata Knight Riders (KKR) in the IPL 2021 that didn’t do any good to his confidence. Talking about his flaw, Maninder said that it is a technical issue with his front arm that drops very quickly, something he had noticed early on in his career.

“He is the same spinner that he was. You can carry on with the flaws that you have in the beginning because you are a rare entity and not many people have seen you. But once you get read out then you have to work on your weaknesses, rather you have to work on your weaknesses beforehand. I remember 2-3 years ago when he made his debut I was talking about his flaw that his front arm drops very quickly and this is going to be his drawback in the coming years and people used to laugh at me saying that he is getting wickets and you are talking about a fault,” said the former India left-arm spinner.

“Then I had to make people understand that I am not talking about a fault as being destructive but it is a constructive reading where if somebody listens to me, then he can work on that aspect of his bowling because he does seem to have a good future. But unfortunately, he was not in the Indian team and the bowling coach there is a fast bowler and I don’t know how much he knows about spin bowling. Like if I become a spin bowling coach and somebody tells me to coach a fast bowler, I wouldn’t know a thing. So how do you expect a fast bowler to be coaching a spinner and tell him what is his fault and how he can improve on it,” the 55-year-old further went on to add.

Talking about his chances of catching up with Kuldeep anytime soon, Maninder said, “With all this lockdown and all there is no chance. So I will wait and see if he really calls and understood what I was trying to tell him when we had a word. We spoke for about 10-12 minutes and he has understood me and if he wants to fix himself and if he comes to me, always more than welcome. And it is not only him but anybody.”

Talking about the other spinner, Yuzvendra Chahal, Maninder feels that the young leg-spinner also needs to bowl a lot more in the nets to get his mojo back. While the former left-arm spinner did make the point that since he is not anywhere close to the Indian team, it is difficult for him to assess the problem but reckoned for most problems, the only solution is to bowl more and more in the nets.

“I really don’t know and very difficult to say when you are not around the team because I remember Bishen Paji used to tell me and I also didn’t listen to him too much at that time. He used to tell me that the more you bowl in the nets the better you get. So I don’t know how much these boys are bowling in the nets, how much time are they spending, seeing Chahal putting all these videos and everything, he looks like a happy-go-lucky kid but sometimes when you are doing things like that and people start praising you, then you lose focus at times. It has happened with me and that’s why I can say, it can happen,” feels Maninder.

“I am not saying it has happened but it can happen. I hope that is not the case because of which he has not been able to spend that much time on a cricket field or in the nets to sort out whatever flaws he has developed or if you are short of confidence. The only way is to bowl as much as possible in the nets and get your confidence back,” added Maninder. 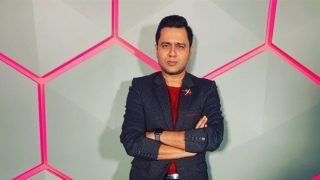 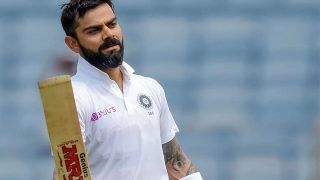