The wrist spinner-duo has more good news in store ahead of the Indore ODI.

Ravichandran Ashwin and Ravindra Jadeja were ruling headlines till a few months back. Kuldeep Yadav and Yuzvendra Chahal were not even a part of India’s Champions Trophy 2017 squad. In a remarkable turnaround, the duo has eclipsed the tried and tested Ashwin and Jadeja to be India’s frontline limited-overs’ spinners. The wrist-spinner duo has more good news in store as the pitch curator at Indore’s Holkar Stadium indicated that the surface, though a belter, will assist wrist spin. The venue will hold the third ODI between India and Australia on Sunday. India have taken a 2-0 lead in the series after their win in the second game at Eden Gardens, Kolkata on Thursday. ALSO READ: Don’t see Kuldeep and Chahal being replaced by Ashwin and Jadeja, Harbhajan

We have used black cotton soil, brought from different parts of Madhya Pradesh. In this weather, it won t crumble and it won t be very dry. It has capacity to hold water but it will be good for the wrist spinners, the stadium’s pitch curator Samandar Singh Chauhan told PTI.

Wrist spinners do not rely heavily on surfaces and cash in on the bounce on offer. We had used this pitch for a two-day match between the players of our Ranji players. Ninety overs were bowled on both days on September 7 and 8 and good runs were scored. It should be a high scoring game, Chauhan added.

Chahal and Kuldeep have claimed 10 of the 19 Australian wickets that have fallen so far in this series. On Thursday, Chahal’s discipline and guile fetched him the crucial wickets of Travis Head and Glenn Maxwell. He got the latter for the second time in a row. Kuldeep, on the other hand, went on to etch his name in the history books by becoming only the third Indian cricketer to bag an ODI hat-trick. Kuldeep dismissed Matthew Wade, Ashton Agar and Pat Cummins off consecutive deliveries.

Weather has tried to play spoilsport in the ongoing series. The rain reduced the Australian chase at Chennai to more of a T20 affair; then Kolkata too had its spell of showers and Indore is likely to receive sporadic showers on Sunday. However, Chauhan is confident that the ground’s drainage facility will ensure the game is on. 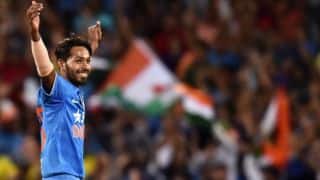 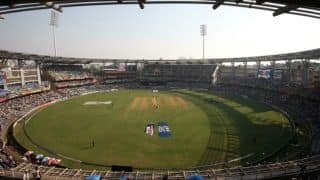