The row surrounding Kumar Sangakkara’s participation in the Champions League Twenty20 (CLT20) 2013 has taken a new turn as certain e-mails between the player and the Sri Lanka Cricket (SLC) officials have come to light. Sangakkara wrote a scathing e-mail to the board and the contents have shocked the public. The row surrounding Kumar Sangakkara’s participation in the Champions League Twenty20 (CLT20) 2013 has taken a new turn as certain e-mails between the player and the Sri Lanka Cricket (SLC) officials have come to light. Sangakkara wrote a scathing e-mail to the board and the contents have shocked the public.

The e-mails appeared on www.island.lk. Nishantha Ranatunga, the secretary of the SLC, first wrote an e-mail to Sangakkara on August 28, stressing the need for the board to pick its best side for the CLT20 2013.

“Since, we at SLC have very clearly informed you our decision which was taken for the best interest of Sri Lanka Cricket, you may take your decision and inform us to enable SLC to take necessary steps, accordingly.”

In reply, Sangakkara voiced his displeasure in an e-mail dated on August 29 and said that he has been committed to Sri Lanka cricket for 13 years and doesn’t deserve such treatment.

Sangakkara wrote, “If you do recall I, even after 13 years of contribution on the field for Sri Lanka, was recalled from the practice game against Bangladesh earlier this year like an errant schoolboy who had displeased a teacher. Yet, despite such disrespect and harassment, my commitment to the team and Sri Lanka’s cricket remains undiminished.”

On the topic of his participation for Hyderabad, Sangakkara wrote, “Whatever the views of SLC are regarding player representation in the CLT20, it is grossly unfair and unreasonable to put me in the position I now find myself.

Sangakkara also pointed out by saying that had the Sri Lanka Premier League (SLPL) taken place, a franchise would have represented Sri Lanka at the CLT20 2013. He also said that he hadn’t received any communication from the SLC with regards to the matter.

According to him, Hyderabad contacted him through a confidential e-mail on August 14, 2013. Hyderabad told Sangakkara that they needed him and that they wouldn’t release him.

Sangakkara wrote, “Upon being informed of this I accepted the fact that I would be representing the Sunrisers Hyderabad and signed the squad terms as I am obliged to under the rules and regulations of the CLT20.” He also said that the facts were misinterpreted to the media.

He also delved into the financial aspect of the matter and spoke about the loss that would happen for him. However, the most shocking content was when Sangakkara expressed, “You have made me seem disloyal to Sunrisers Hyderebad and also disloyal to my country.

“In the process you have quite possibly jeopardised my future in the IPL. It ultimately leaves me to question whether your interest in this matter is more in line with a personal agenda against me rather than a national interest.”

Jayantha Dharmadasa then replied to Sangakkara on August 30 saying, “It is indeed unfortunate and disappointing that you have singled out Nishantha and stated that his conduct in this matter has been reprehensible and not at all befitting the position he holds as secretary of SLC.”

Dharmadasa also denied that there was no communication to Sangakkara on the matter and said that he was asked about his participation on August 21. He also stressed that the facts were not misinterpreted as Sangakkara agreed to play for Kandurata Maroons on August 27 in a meeting with the board officials.

“Having said all this, I am pleased that you have now made a decision to play for Kandurata which has been communicated through the media,” Dharmadasa concluded and invited Sangakkara for a discussion if he has any concerns. 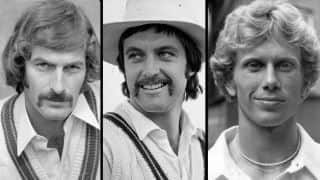 India's cricketing heritage to be auctioned by Osian group