Kusal Mendis added that his aim would be to tire the bowlers and score runs.

As Sri Lanka play England at the latter’s home, Kusal Mendis has said that his biggest ambition has been representing Sri Lanka. England have already won the 3-match Test series 2-0 with two consecutive victories but Sri Lanka made a good comeback with the bat in the second one, after a dismal performance earlier. Mendis was the only one to score a half-century in the first Test for Sri Lanka and played a commendable innings in the second Test as well. As the two teams play the third Test, Mendis added that his aim would be to tire the bowlers and score runs. READ: ENG vs SL: Dushmantha Chameera replaced by Chaminda Bandara for 3rd Test at Lord’s

Talking to espncricinfo.com, he said, “My biggest ambition was representing my country. I was thrilled when I made my Test debut against West Indies last year. Then I toured New Zealand and now I am here. I hope I will stay in the team for a long time.”

He also revealed how his father inspired him. “My father was the biggest strength for my cricket. Other than that, a lot of coaches and many other individuals have helped me. I get a lot of support from my captain, vice-captain, coach and the management. Even though I’m the youngest member of the team, they don’t treat me any differently. Whether I’m doing well or have a bad game I feel that support.”

Talking about the upcoming Test at Lord’s, Mendis said, “I know what’s coming at Lord’s. They will deny me any runs on the leg side. That’s the challenge. The coach and captain had a chat with me and we will come up with some counter moves where I will try and score on the off side.” 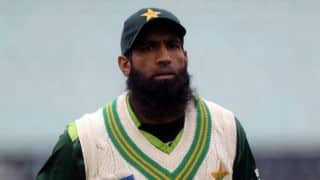 Mohammad Yousuf: Pakistan batsmen will be tested during England tour 2016 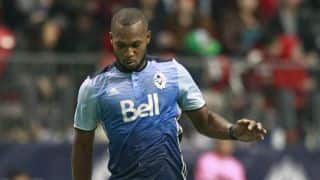