Lack of bench strength a concern for India

Lack of bench strength a concern for India

The message that this Indian team doesn't have quality reserve players has been loud and clear after the sound thrashing they received at the hands of England in the just-concluded Test series. 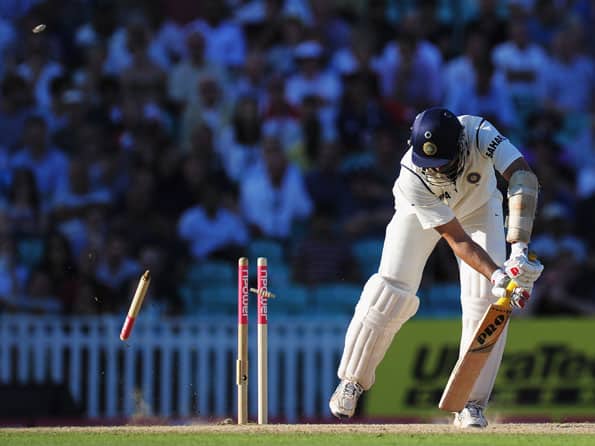 The message that this Indian team doesn’t have quality reserve players has been loud and clear after the sound thrashing they received at the hands of England in the just-concluded Test series.

The worrying part is that no one really knows what’s the way ahead as in testing times, the national selectors led by Krishnamachari Srikkanth still revert back to an overweight Rudra Pratap Singh or stick with an out of form Suresh Raina for the No 6 slot.

The cricket establishment could either pull a wool over gullible Indian fans and rely on home performances or start investing in future so as the progress of last decade on foreign pitches is kept apace.

Indians were clearly not prepared for the 4-0 drubbing or the kind of attention it would draw from the entire cricketing world watching their ‘hour of shame’.

With top five batsmen averaging over 50 in Test cricket, Indians barely touched 300 once in eight innings and batting collapse was the most common thing.

The bowlers were consistent in leaking runs giving away more than 500 runs in most innings they bowled.

The less said about the fielding the better. India is committed to Future Tour Programmes (FTP) till 2020 so there is no escaping Test cricket or its harsh reality.

The basis of a good Test team is simple: a good set of batsmen; a bowling unit which can summon two quality fast bowlers at all times, a worthy spinner and razor-sharp effort in the field.

But for that one needs to have a pool of talent where players will be rotated and kept afresh for demanding international schedule.

Such transitions don’t happen overnight and Indian cricket must go through the turbulence of next few years as long as it is committed to its Test future.

Midway through the series, Indian batters and bowlers could have been accusing each other for the unrelenting pressure their dud performances were bringing on each other.

The famed Indian batting line-up arguably faced the most potent bowling attack in hostile conditions in over a decade.

The closest instance was the 1999-2000 series when Australians, with Glenn McGrath, Brett Lee and Shane Warne at their peak, hacked them to a 3-0 score line.

As Rahul Dravid said, the great batsmen of his side were beginning to be at the top of their game in early years of 2000–now they are nearing the end of their glittering career.

India still needs at least two years from these great men to absorb the turbulence even though its’ apparent, their ageing bodies are finding it difficult to recover quickly from the rigours of international cricket.

So good was England attack, they never allowed India more than one or two good batting partnerships.

By the close, Raina wasn’t able to score even against spinners for Graeme Swann dismissed him in both the innings of the Oval Test.

Skipper Mahendra Singh Dhoni was also exposed to the harshest examination yet of his exceptional Test career. His keeping suffered, his batting fell away and as a leader, he wasn’t seen as most pro-active.

While England skipper Andrew Strauss, despite their success, kept running up to his bowlers. On the other hand, Dhoni was never seen offering any word of suggestion to his bowlers. That task was largely left for Sachin Tendulkar.

A vision is required, a blueprint is the crying need of the hour and everyone needs to buy into that philosophy, unflinching when bad results come for there is no short-cut.

It’s clear Test defeats hurt more than reverses in other formats. India lost abjectly in two successive Twenty20 world cups in England and the West Indies but it didn’t cause an outrage in the nation.

This defeat has because Test cricket is the purest form of the game. A cricketer earns his respect and stature in the arena of Test cricket. So does a cricketing nation.

There is no escaping the truth for the Indian cricketing establishment. (PTI)

Sanjay Dixit demands his office to be unlocked