Dolphins are a team made of many little-known faces.

Lahore Lions, who have just managed two points from a rained-off game, will be looking for a big win and the arithmetic to go in their favour to book their Oppo Champions League T20 semi-final spot when they take on Dolphins in a Group A match, here tomorrow.

With reigning IPL champions Kolkata Knight Riders already in the final-four, Chennai Super Kings and Perth Scorchers will fight it out as the second team from this group to enter the semi-final and that leaves little room for Lahore as a winless Dolphins are all but out of the race.

But the Muhammad Hafeez-led side will have not only have to rely on a big win against the South African side but will also have to see the outcome of the other matches to create a mathematical chance for themselves. Lions entered the main draw of the tournament following two wins in three matches they played in the Qualifying Group. They thrashed Mumbai Indians by six wickets with eight balls remaining in the match on September 13.

Lahore’s Saad Nasim, Hafeez, Ahmed Shezad and Umar Akmal have been impressive with the bat. They struck 59 and 40 respectively in the match against Kolkata. Akmal had also impressed in the game against Mumbai Indians in the qualifying round. Hafeez has also been striking well with the bat, scoring a superb 67-run knock in the match against Southern Express. Lahore bowlers Aizaz Cheema, Wahab Riaz and Imran Ali have been successful in the qualifying matches. But the team will need to put up a very strong all-round performance to make it difficult for the seasoned Chennai side.

Dolphins, on the flipside, would like to upset Lahore in tomorrow’s game, which will give CSK and Scorchers a clear chance of a two-way battle. They are a team made of many little-known faces, except for Kyle Abbot and skipper Morne van Wyk. The South African side has players such as Craig Alexander, Cody Chetty, Cameron Delport and Keshav Maharaj, who are not big names in world cricket and they would surely like to leave an impression.

However, the weather forecast for Bengaluru is not good. There are chances of thunderstorms and rain during the match, which will keep both captains worried ahead of this encounter. 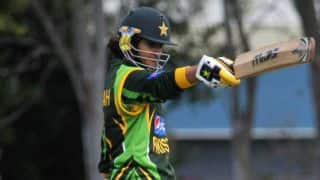 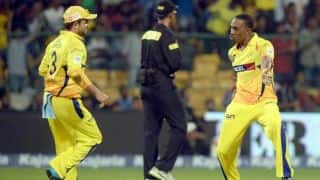