Last season, Mumbai were unable to win the Ranji Trophy after being defeated by Karnataka in the quarter-finals.

Former India player Lalchand Rajput says Mumbai, a 41-time Ranji champions but bereft of success in recent times, will need to raise their game in the domestic cricket circuit as other teams start to assert their supremacy.

With T20 coming in the mind-set (of players) has changed. If a youngster wants to play for Mumbai, first he will think of playing IPL, that is the mindset, which I feel is wrong. First and foremost, you’ve to try and play for your state, and then for your country. The IPL will come automatically,” Rajput said.

Because the money is involved, the mindset has changed. This is the reason why Mumbai cricket has slowly come down (from the) level it was at earlier, he added.

To prove his point, Rajput gave examples of teams like Saurashtra and Gujarat.

“When we used to play the opponents, Gujarat, Saurashtra, they will just come and look at us. And say, ‘don’t make us field for two days’. However, now the same teams are competing with us and beating us too. That means that they’ve started believing that anybody can beat Mumbai team.

Times have changed, other (domestic) teams have developed because of the National Cricket Academy (NCA), the coaching and the IPL, where people are playing bigger players.

They’re rubbing shoulders with top international cricketers, so their attitude has changed. So, Mumbai will also have to raise their game now,” Rajput explained.

Last season, Mumbai were unable to win the Ranji Trophy after being defeated by Karnataka in the quarter-finals.

Concurring with Rajput, Nayar said: “The stage is set for people to get picked for India through the IPL. You realise that a lot of cricketers in Mumbai, like Siddhesh Lad, someone like Shreyas Iyer repeatedly do well in the Ranji Trophy, but sometimes don’t get that (national) call-up.

But as soon as someone like a Rishabh Pant does well in the IPL, he gets an immediate call up in the Indian team. So, the journey to get to the Indian team has changed.

Meanwhile, Russi Cooper, now in his nineties and who scored a hundred in the 1945 Ranji Trophy final against Holkar, recalled that game played in the pre-independent India. 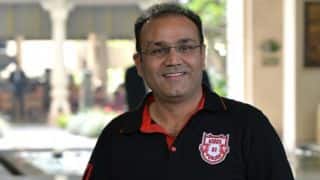 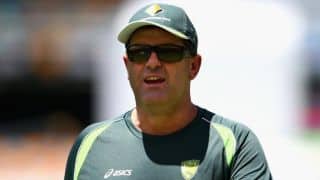