A pariah in Indian cricket for three years now, former Indian Premier League (IPL) Commissioner Lalit Modi was on Wednesday slapped with a life ban by the Board of Control for Cricket in India (BCCI) after its disciplinary committee found him guilty on eight charges of "indiscipline and misconduct". 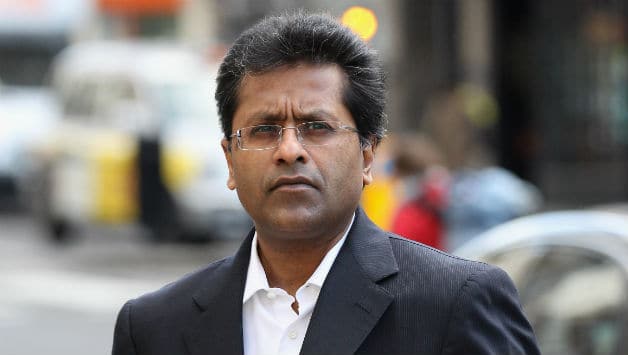 A pariah in Indian cricket for three years now, former Indian Premier League (IPL) Commissioner Lalit Modi was on Wednesday slapped with a life ban by the Board of Control for Cricket in India (BCCI) after its disciplinary committee found him guilty on eight charges of “indiscipline and misconduct”.

On a day of high drama, which was marked by legal tug of war between Modi and the BCCI, a Special General Meeting of the Board took less than half an hour to unanimously impose a life ban on the controversial 49-year-old administrator.

“The BCCI, at its Special General Meeting today [on Wednesday] considered and discussed the report of the Disciplinary Committee of the BCCI on the Show Cause Notices issued to Mr.  Lalit Kumar Modi, in accordance with Clause 32 (iv) of the Memorandum of Rules and Regulations,” the Board said in a statement.

“…Mr. Lalit Modi is guilty of committing acts of serious misconduct and indiscipline, and therefore, in exercise of powers as per Regulation 32 of the Memorandum and Rules and Regulations of the Board, Mr. Lalit Modi be and is hereby expelled from the BCCI.”

“He shall forfeit all his rights and privileges as Administrator. He shall not in future be entitled to hold any position or office, or be admitted in any Committee or any member or associate member of the Board,” he added.

Modi, the brain behind the highly successful IPL, made a last-ditch effort to avert the impending sanction by writing a letter to the BCCI members requesting them to refrain from any decision till the matter was sub-judice.

“Not a single member in the meeting supported Modi and the House took a unanimous decision to impose a life ban,” a top BCCI official said.

The BCCI disciplinary committee, comprising Arun Jaitley, and Jyotiraditya Scindia, submitted a 134-page report in July in which it had found Modi guilty on eight charges, including financial irregularities, indiscipline and “actions detrimental to the interest of the BCCI.”

Wednesday’s meeting could take place only after the Delhi High Court vacated a lower court stay order and it turned out to be a brief since all the members had already been submitted the disciplinary committee report.

The hearing into the charges against Modi, who is currently based in London claiming a threat to his life in India, started in July 2010 and the disciplinary committee conducted several hearings over a period of two years, none of which were attended by Modi in person.

Modi was suspended under Rule 32(iv) of the Board’s constitution on April 25, 2010, seconds after the IPL final held in Mumbai. The Board then slapped three show cause notices on him. He replied to all of them.

Modi’s decline started after the 2010 IPL bidding which saw the creation of two new teams — Pune and Kochi. Modi revealed the ownership details of the Kochi franchise on twitter leading to the resignation of the then Minister of State for foreign affairs Shashi Tharoor.

Modi’s act allegedly breached the confidentiality agreements between the Board and the IPL franchises.

Modi was suspended as chairman and Commissioner of the IPL in April 2010. A suspension notice and a 34-page letter stating 22 charges of impropriety were served via email to Modi.

He claimed innocence all through, defending himself mostly on twitter and television channels but never appeared in person to face the BCCI committee.

Initially, the three-member disciplinary committee also included BCCI President N Srinivasan but he recused himself and erstwhile IPL chairman Chirayu Amin was made a member.

However, Amin also recused himself and it became a two-member committee.

Hansie Cronje: The great leader of men who was led astray

Kohli, Amla, Sangakkara or De Villiers — Who is the best batsman across formats currently?