The coup was carried out after office-bearers of 16 districts had filed a complaint two months ago, citing Joshi's inefficiency.

Following an overnight coup, Lalit Modi and his team have forced former Railways Minister CP Joshi (during the Indian National Congress era) to resign as Rajasthan Cricket Association (RCA) President, according to a DNA report. In fact, the entire committee has been dissolved. Joshi had completed an year in office this June. The RCA office-bearers will now have to be elected within three months.

RCA secretary RS Nandu told DNA that an eight-member ad-hoc committee, formed under Rajasthan Sports Act, is in place to oversee smooth running of the RCA activities during the interim period: “The committee will be headed by Vinod Saharan. It shall draw eight members from both factions.”

The coup was carried out after office-bearers of 16 districts (out of 33 affiliated with RCA) had filed a complaint two months ago, citing Joshi’s inefficiency. Nandu added: “He was found flouting the Sports Act that demands a president to conduct domestic tournament. He also failed to carry out the annual audit mandatory for the books of the Association.”

RCA’s history of running into trouble is well-known. The 2017 elections had to be carried out as per Lodha Panel Recommendations. BCCI, too, lifted their ban on RCA earlier this year. Unfortunately, the troubles keep finding their way.

On a happier note, Rajasthan seamer Khaleel Ahmed made his debut yesterday, in the Asia Cup match against Hong Kong. He had figures of 3 for 48. 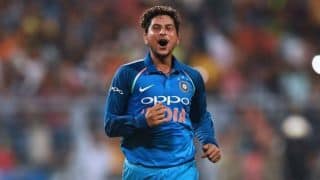