Lalit Modi said that Vindoo Dara Singh and Gurunath Meiyappan were not saints.

Vindoo, one of those allegedly involved in the IPL 2013 spot-fixing controversy, made some startling claims in a sting operation conducted by Zee Media Corp. The Bollywood actor claimed that the entire IPL match-fixing fiasco was actually a fight between Union Agriculture Minister and NCP chief Sharad Pawar and Board of Control for Cricket in India (BCCI) President N Srinivasan.

While talking to a Zee Media Corp reporter, Vindoo claimed: “This entire case is actually a tussle between Modi and Srinivasan. We have nothing to do with it… Lalit Modi just needed a chance to get Srinivasan out.”

When asked to react, Modi dubbed the sensational claims made by Vindoo as “nonsense”.

“You really want me to comment on nonsense,” Modi asked, adding: “Good for him. What is he trying to prove that he and Meiyappan are saints?”

In the video, Vindoo claimed he was being used as a pawn to get to Srinivasan. “They (police) said, ‘We know you haven’t done anything, but there’s pressure from Sharad Pawar sahab and until Srinivasan isn’t nabbed you will have to stay. You will have to stay here for 10-15 days or a month’,” he said.

He also claimed that Meiyappan had lost a huge bet. Asked why he was chosen, Vindoo said: “Gurunath is Srinivasan’s son-in-law. If anything is proved against Guru then…”

The controversial actor also added that the IPL is “100 per cent fixed” and that he is only aware of one owner who is directly involved in betting — Vijay Mallya. 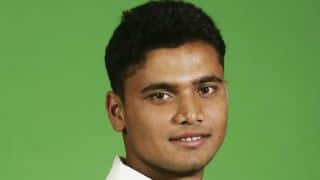