The 22-year-old has already entered into cricket administration and is currently the president of the Alwar District Association.

New Delhi (PTI) Amid speculation that Lalit Modi’s son Ruchir could be the next president of Rajasthan Cricket Association, the state body’s deputy vice-president Mahmood Abdi said that the youngster is eligible but it does not necessarily mean that he is set to take the top post. The 22-year-old has already entered into cricket administration and is currently the president of the Alwar District Association. The RCA, in an Emergent General Meeting (EGM) yesterday, accepted all the reforms recommended by the Lodha Committee in the wake of the latest Supreme Court order.

“I don’t know where this speculation comes from. We have adopted the Lodha reforms but election date has not been announced and no nomination has been filed yet,” Mahmood Abdi told PTI. “Yes, he is heading a district association and is eligible to contest for the post of president but it doesn’t mean that he can suddenly take over the reins at RCA. A democratic process will be followed and the 33 voting members will decide on the new set of office-bearers,” said Abdi adding that election date could be announced next month.

What has added fuel to speculation of Ruchir succeeding his father at RCA is that the exiled Lalit Modi won’t be eligible to continue in the position as per the Lodha recommendations. Abdi hoped that RCA will soon be re-recognised by the BCCI. The Indian cricket board had suspended RCA after Lalit Modi was elected its president back in May 2014.

“So far the BCCI’s attitude has been very vindictive. I hope under the new set of administrators, RCA will be back in the BCCI fold,” Abdi added. 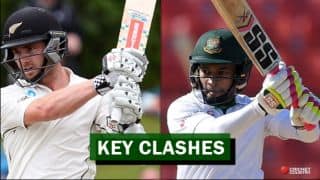