After opting to bat first, Tridents posted a challenging 186/2 with Leniko Boucher (62) and Johnson Charles (52) hitting half-centuries before JP Duminy provided a late push with an unbeaten 18-ball 42 at the Warner Park in St Kitts.

In replay, Patriots, who were coming off a record-breaking chase a day before, were kept quiet thanks to a combined bowling effort, led by Sandeep Lamichhane who finished with 3/22 while Hayden Walsh (2/33) and captain Jason Holder (2/37) contributed with a couple of wickets each.

Tridents were put in to bat first and Alex Hales was out in the fifth over after being off to a promising start with four fours in his 12-ball 18. His opening partner Johnson Charles then combined with Leniko Boucher to steer the innings forward, adding 85 runs for the second wicket. Charles struck 52 off 43 with four fours and three sixes before departing in the 14th over, bowled by Usama Mir.

Boucher was then joined by Duminy and they upped the scoring-rate with the latter taking the lead. Boucher was the top-scorer with 62 from 47 deliveries, hitting four fours and three sixes. Duminy blazed to 43 not out with two fours and four sixes. The pair took 62 runs from the final five overs.

Holder accounted for both the Patriots openers inside four overs. He first removed Devon Thomas (1) in the second over itself and then had Evin Lewis caught for 12 in his next over. However, they bounced back thanks to a fifty from Laurie Evans and after 10 overs, they were 81/3, still very much in the contest but needing to accelerate.

However, Tridents bowlers didn’t allow for easy runs and Shamarah Brooks (13) perished in his effort to find boundaries off Lamichhane. In the same over, the legspinner also dismissed Evans (64), leaving them 103/5 in 13 overs. Barring no other batsman offered any semblance of resistance. However, No. 11 Dominic Drakes did try his best with three fours and as many sixes in an entertaining 14-ball 34* but it was too late as Patriots finished on 168/9. 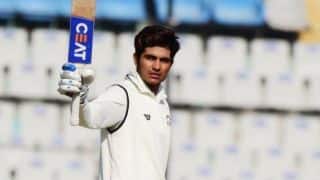 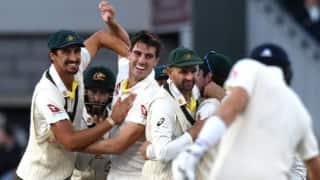