Ponting, along with India’s Rahul Dravid and Claire Taylor of England were inducted in the ICC Hall of Fame in July earlier this year

Former Australian captain Ricky Ponting was given a lap of honour at the MCG as part of his induction into the International Cricket Council‘s Hall of Fame during the tea break of the day one of the Boxing Day Test between India and Australia on Wednesday.

Ponting, along with India’s Rahul Dravid and Claire Taylor of England were inducted in the ICC Hall of Fame in July earlier this year during a ceremony in Dublin.

ICC started the honours in 2009 in association with Federation of International Cricketers’ Association (FICA). There were 55 initial inductees. With Dravid, Ponting, and Taylor, there are currently 87 members in the prestigious group.

Ponting is the 25th Australian to achieve the honour, entering the exclusive club behind former teammates Adam Gilchrist, Shane Warne, Glenn McGrath and Steve Waugh. In February, he was also inducted into the Australian Cricket Hall of Fame

“I feel deeply honoured to be recognised by the ICC in this way,” Ponting said. “I loved every moment of my journey as a player and am so very proud of the team and personal achievements along the way.”

“These would not have been possible without the help of so many people including my teammates, coaches and support staff that played such an integral part in my playing career,” he added.

At the MCG, Ponting scored four Test hundreds and averaged more than 58 from 15 Tests.

Here is the complete list of ICC Hall of Fame inductees: 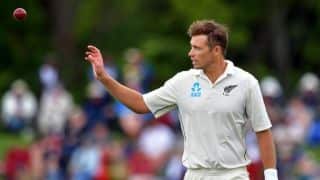 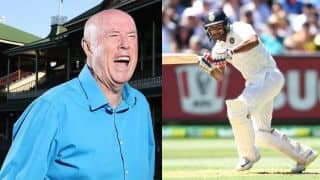