Bangladesh's cricketers, who play their first Test in more than a year in Zimbabwe next week, need to find the "right tempo" if they are to succeed, coach Stuart Law said on Monday. Bangladesh’s cricketers, who play their first Test in more than a year in Zimbabwe next week, need to find the “right tempo” if they are to succeed, coach Stuart Law said on Monday.

Bangladesh open the tour with a three-day practice game on Saturday before playing a one-off Test and five One-Day Internationals. The Test starts in Harare on August 4.”Once again it’s not a skill problem from what I have seen of our boys. It’s a mental problem and it has to change to play Test cricket.

Find the tempo that suits Test cricket with your batting,” Law said before the team’s departure.”You don’t have to go four-and-a-half or five-runs an over during a Test match. If we can find the right tempo I am sure we can post scores on the board.”I have set challenge for us to bat 120 overs in the first innings. If we can do that and the way our boys play and the skill they have, a total of 350-plus should be pretty achievable.”

Bangladesh, currently ninth in the Test rankings, played their last Test in June 2010 but the coach said he was hopeful the team would rise to the occasion.”The boys have played a lot of one-day and Twenty20 cricket. It’s not ideal, but on the other hand it should be very exciting getting back into Test arena,” said Law.

“For me Test cricket is number one. Hopefully, the boys will react to it that way and it’s a great opportunity as well to take the step up that ladder.”Law said Zimbabwe would be tough to beat.”Zimbabwe had their problems off the field, but they will be a very tough unit. It’s going to be a tough Test obviously. Any Test away from home can be tough,” the coach said.

Bangladesh captain Shakib Al Hasan said it would be a challenge playing Zimbabwe on their home soil.”It is challenging, more so because we are playing a Test after such a long gap,” he said. Law said the team should aim to bat 120 overs in the first innings. 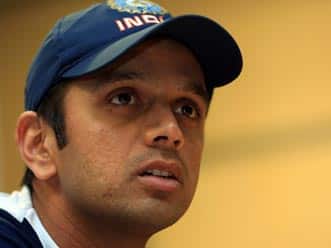 Dhoni upbeat despite loss at Lord’s