Buoyed by the success of their national team in the recent series against India, England's Twenty20 champions Leicestershire Foxes are confident of putting up a good show in the Champions League that starts from Monday. 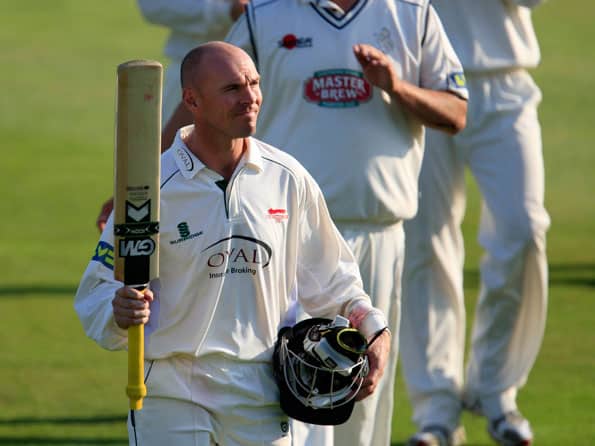 Buoyed by the success of their national team in the recent series against India, England’s Twenty20 champions Leicestershire Foxes are confident of putting up a good show in the Champions League that starts from Monday.

“Obviously, we didn’t come here to lose. Hopefully, we would do well in the tournament,” Leicestershire captain and former England seamer Matthew Hoggard told reporters on Saturday.

Asked about his team’s strategy, Hoggard gave straight reply, “Get more runs than the opposition. It is simple. No special plans, it is not rocket science,” he said.

“Our chances are as good as everybody else. It all depends on how you perform on the day. If you don’t perform, you are not going to win any matches.”

The captain said the team does not have any injury concerns at the moment.

Describing the tournament as an exciting event, wicketkeeper-batsman Paul Nixon, who is also the senior most player said the team would like to keep focused and execute its game plans correctly.

“It is going to be a big and exciting tournament. Any player from England, who comes here, always enjoys the passion for cricket in India,” the 40-year-old said.

“We want to execute our skills under pressure, remain calm and focussed and make sure you work the processes and game plans correctly,” he said.

Nixon believes that key to success is taking one game at a time.

“We just look the next game, the next step. It is very important. There is a dream of doing well. The dream can only happen if the processes are right. We are going to make sure every step is right. We had done in England; we know how to do it. The key is to do it exactly same thing again,” Nixon stated.

The veteran gloves man termed Foxes squad as a balanced one and didn’t forget to mention that they have a few plans up their sleeves.

“We have a few plans. It all depends on the pitch. We have plan for changing the batting order with respect to type of strip and our opponents. We have great flexibility in the team. We have Abdul Razzaq, who has been playing cricket since 1996, Matthew Hoggard, an experienced player and several other players. We have great balance,” he said. (PTI)