Evin Lewis smashed a dazzling century as West Indies defeated Ireland by five wickets on Sunday to complete a 3-0 sweep of the one-day international series.

Evin Lewis smashed a dazzling century as West Indies defeated Ireland by five wickets on Sunday to complete a 3-0 sweep of the one-day international series.

Opener Lewis hit his third one-day ton off 96 balls with six boundaries and five huge sixes at the National Stadium in Grenada as West Indies reached their rain-revised target of 197 with 64 balls to spare. The 28-year-old, left-handed Lewis had made an unbeaten 99 in the first game in Barbados which his team won also by five wickets.

“All the hard work I’ve done in the nets has paid off,” Trinidadian Lewis said at the trophy presentation. “This was an opportunity for my first hundred in the Caribbean, and it’s great to get a series win. I’ve been hungry for runs.”

Lewis had reached his 50 off 41 balls while laying the foundation for a comfortable win thanks to a 100-run partnership with Brandon King (38 off 43 balls) for the third wicket. He reached his century with a midwicket flourish off medium-pacer Craig Young before falling next ball trying for a big drive, caught by Kevin O’Brien. By then the West Indies were only five short of their target which had been revised after a brief rain stoppage.

Young suffered the worst punishment with his nine overs yielding just one wicket for 57 runs. Nicholas Pooran confirmed his stature in the West Indies middle-order with an unbeaten 43 off 44 balls.

Earlier, legspinner Hayden Walsh took four wickets as Ireland were dismissed for 203. Walsh, who starred with the bat with an undefeated 46 in Thursday’s nail-biting one-wicket win in Barbados, finished with figures of 4-36. Recalled fast bowler Oshane Thomas claimed 3-41.

Walsh took the prime wicket of Ireland skipper Andy Balbirnie whose impressive innings of 71 ended when he pushed the ball to point and was caught. For Balbirnie, it was his ninth ODI half-century while his innings featured six boundaries and two sixes. Andy McBrine was Ireland’s second highest scorer with an unbeaten 25.

“We’ve managed to get in but not kick off, we were outclassed today but we can take improvements from the three games,” insisted Balbirnie, whose side were playing a series for the first time in six months. “We don’t have the quickest bowlers in the world or the biggest turners, but we can be disciplined. The second game was a big positive, we just didn’t have that composure.” 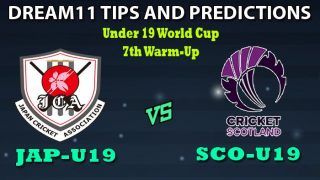 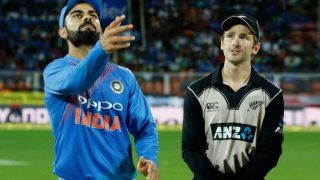