By the look of things, Australia have a well-balanced side.

(Can Australia grab another thumping victory over minnows UAE to enter into the tournament, head-high, or can UAE deliver a strong message by causing a huge upset to the four-time World champion? Catch Live Cricket Scores here) ICC Cricket World Cup 2015: POINTS TABLE

United Arab Emirates 112/7 in Overs 28: Two more wickets have gone down. UAE are losing the plot here. It would be just a matter of of few overs before Australia register a comprehensive win here. The first one to go was Swapnil Patil for 31 as he was removed by Mitchell Johnson. OUT!!! S Patil c Watson b Johnson 31 (45)and Saqlain Haider b Watson 0 (1) BATTING: R Mustafa 12 (26) M Naveed 8 (4)

United Arab Emirates 92/5 in Overs 25: Swapnil Patil has moved into the 30s as he looks to stitch a stand with Rohan Mustafa, who has scored a single run in the 17 balls that he has faced so far in the innings. UAE is nearing the 100-run mark as they look to recover from the series of dismissals that they just went through. BATTING: S Patil 30 (41), R Mustafa 1 (17)

United Arab Emirates 76/5 in Overs 20: UAE have suffered their fifth fatality of the innings, with Shaiman Anwar departing on a score of 19 off 26 balls after getting caught by Glenn Maxwell off the bowling of Mitchell Marsh. Swapnil Patil is batting on a score of 15, as Australia look to go for the kill with half of the opposition back in the pavilion by now. OUT! Shaiman Anwar c Glenn Maxwell b Mitchell Marsh 19 (26). BATTING: S Patil 15 (23), R Mustafa 0 (11)

United Arab Emirates 39/2 in Overs 10: The United Arab Emirates are struggling with the bat as they have not been able to attain any kind of momentum so far in the innings. Amjad Ali looked good but he became the second batsman snared by Josh Hazlewood. Krishna Chandran has been joined by Khurrma Khan. BATTING: K Khan 4 (8), K Chandran 4 (13)

United Arab Emirates 24/1 in Overs 5: It’s been a shaky start by the United Arab Emirates (UAE) as they have lost their opener Andri Berenger to Josh Hazlewood. The UAE side can draw some inspiration from Afghanistan, who showed a lot of character yesterday against India to play the complete 50 overs. BATTING: A Ali 16 (19), K Chandran 0 (1)

Australia would be pleased with their batting effort. Three of their batsmen scored half-centuries. Here is the innings report of Australia vs United Arab Emirates ICC Cricket World Cup 2015.

Australia 304/8 in Overs 50: The Australian innings comes to a close, as the manage cross the 300-run mark after the loss of eight wickets, with Johnson and Cummins remaining unbeaten at the end. While the Australian innings was bolstered by impressive half-centuries from top and middle-order batsmen such as skipper Michael Clarke (64), Aaron Finch (61), Steven Smith (59), the lower-order faced some trouble with the UAE bowling attack, collapsing to 285 for seven from 251 for three. Krishna Chandran and Nasir Aziz were the highlights among the UAE bowlers, taking three wickets each while conceding 50 and 56 runs respectively. Batting: Mitchell Johnson 12 (9), Pat Cummins 1 (4)

Australia 286/7 in Overs 48: Australia are losing wickets in a heap in the death overs. Mitchell Marsh was the first to depart, falling victim to Krisha Chandran to depart on a score of seven from 10 balls. Bailey was next to depart, falling four runs short of a half-century as he was caught by Andri Berenger, with Chandran collecting his second wicket. Brad Haddin fell for an eight-ball five, getting his stumps rattled off the bowling of Amjad Javed . OUT! Mitchell Marsh c Mohammad Tauqir b Krishna Chandran 7 (10), George Bailey c Andri Berenger b Krishna Chandran 46 (46), Brad Haddin b Amjad Javed 5 (8). BATTING: Glenn Maxwell 1 (1), Mitchell Johnson 1 (4)

Australia 266/4 in Overs 44: Steven Smith departs after bringing up an impressive half-century, getting trapped leg-before off the bowling of Nasir Aziz, who collects his third wicket of the match. George Bailey is batting on 33 off 37 balls at the moment, and he will look to propel the Australian innings along with Mitchell Marsh . OUT! Steven Smith lbw Nasir Aziz 59 (51). BATTING: G Bailey 33 (37), Mitchell Marsh 7 (8)

Australia 202/3 in Overs 36: Shane Watson was dismissed for 34 off 40 balls with the help of one six and a four. Steven Smith, Australia’s man in form is at the crease and George Bailey has joined him at the crease. Australia are past the 200-run mark as they are maintaining a healthy scoring rate at the moment. BATTING: G Bailey 7 (13), S Smith 34 (37)

Australia 150/2 in Overs 27:  Michael Clarke’s stay at the crease is over after a fluent innings of 64 runs which came off 66 balls, studded with eight hits to the fence. Clarke and Australia would have wanted a big score here in the game, but Nasir Aziz has bagged his second wicket in the game and Shaiman Anwar has taken his second catch. Steven Smith and Shane Watson are at the crease now. BATTING: S Watson 15 (25), S Smith 8 (14)

Australia 130/1 in Overs 21: Aaron Finch has departed after scoring 68-ball 61 which was studded with six boundaries and two hits above the fence. Finch’s wicket was taken by Nasir Azis, caught by Shaiman Anwar. Shane Watson has joined Clarke in the middle. BATTING: S Watson 2 (7), M Clarke 61 (58)

Australia 118/0 in Overs 18: Fine effort this by Australia captain Michael Clarke as he has not only completed his half-century but has also added a crucial century stand for the opening wicket with Aaron Finch. While their performance will not effect the David Warner-Aaron Finch combination when the World Cup starts, but the amount of confidence Clarke is getting cannot be ignored. The Australian skipper has seven boundaries so far, and on the other hand, Finch has slammed six boundaries and two huge sixes. BATTING: A Finch 58 (59), M Clarke 53 (49)

Australia 89/0 in Overs 15:  Australia have started extremely well in this clash and they are making most of the opportunity. The good news for them is that Clarke is flourishing out there in the middle and Aaron Finch, who is generally more aggressive, is just providing a solid support from the other end. BATTING: A Finch 35 (48), M Clarke 47 (42)

Australia 52/0 in Overs 10: Michael Clarke and Aaron Finch have provided Australia a strong start in this game. The hosts will be looking to get good amount of batting practise, and for Clarke, spending time on the wicket and scoring crucial runs will be the motive.

Australia 27/0 in Overs 5: Clarke is apparently looking quite fit as there are no issues visible as such during the running between the wickets. The Aussie skipper is the center of attraction in this match as a lot of people are hoping for his complete fitness ahead of the World Cup. BATTING: A Finch 11 (15), M Clarke 12 (15)

Australia 13/0 in Overs 3: Michael Clarke and Aaron Finch have made a positive start for the Australians, reaching 13 for no loss after three overs. Finch has hit two boundaries while Clarke has faced seven balls to score one run. BATTING: A Finch 8 (11), M Clarke 1 (7)

TOSS: Australia have won the toss and elected to bat against the UAE.

So, the tournament favourites and co-hosts of the ICC Cricket World Cup 2015, Australia head in to their second match. They are expected to be among the top sides in this tournament. Michael Clarke is playing in this match and he is also going to open the innings against UAE. Here’s my preview of Australia as they gear up for the mega tournament.

Hello and welcome to CricketCountry’s coverage of the ICC World Cup 2015, 8th warm-up game between Australia and UAE from the beautiful Melbourne Cricket Ground (MCG) at Melbourne. I am Devarchit Varma and I will bring you the live updates of the match.

After a convincing 106 run victory over India in the opening warm-up tie at Adelaide, Australia take on minnows UAE in their final warm-up game as a dress-rehearsal before officially kicking off the tournament on Sunday, February 14. Australia had a forgettable tournament in 2011 wherein they were knocked out in the quarter-final by India. The Ricky Ponting-led side was on a decline and there were many issues that were grappling them. ICC Cricket World Cup 2015: SCHEDULE & MATCH DETAILS

The United Arab Emirates (UAE) is a confluence where East and West meet to give a nice blend. With a sizeable expatriate population from the subcontinent, cricket has been a part of the social fabric for years. The UAE gear up to play their second World Cup this year, and it is a momentous occasion for the country.

By the look of things, Australia have a well-balanced side that does not have too many issues to address. But the longer Michael Clarke is out of action and off the field; the tougher it will get for them as they will move ahead into the tournament. For UAE, the lack of experience and quality is the most obvious weakness. Though there are a few players who have featured in the Asia Cups, the World Cup could prove to be a bigger test. ICC Cricket World Cup 2015: POINTS TABLE 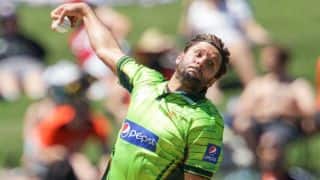 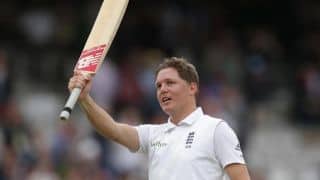