Well, this is really unfortunate! The match has been called off due to rain, with Northern Knights pulling off what eventually turned out to be an easy win by 33 runs via the Duckworth-Lewis method. Kane Williamson’s tremendous unbeaten 101 off 49 balls makes him the Man of the Match, a truly splendid innings from him.

Ish Sodhi comes on now. And the rain is coming down quite heavily here. Yes, just two balls into the over, the covers have come on.

In walks Ramela. Styris continues. Just a couple of singles here are there, not much happening for the Cobras. Just two off the first three. And three singles off the last three balls.

Scott Kuggeleijn continues. Single for Peterson. And Amla smacks this through covers for four! Oh superb shot! Walks across the stumps, scoop-flicks it over fine leg for four. Oh nearly through point again, that’s two more. AND HE’S GONE! Amla finds the fielder off the final ball!

Here comes Scott Styris. Amla finds four off the first ball, it was on middle stump and there was no one at square leg. Dot ball now. And a single. Another dot to Peterson. Oh he’s had an almighty swipe at this, gets two more runs. One more to end with.

Boult continues. Single to Amala. Peterson on strike. Another single. Dot ball, but right off the middle from Amla. One more. And another dot. Great bowling from the Knights!

Tim Southee comes on now. Single to Amla to get away. Oh brilliant yorker and Peterson falls over. Nicely played but a dot ball. Oh beautiful yorker again, nearly makes Peterson fall over again! And another dot. And another, great over!

BOWLED HIM! FIRST BALL! What a snapper! Late out swing after pitching on middle stump. Robin Peterson comes in at No 3. Gets off the mark with a couple to the off side after trying to pull on the leg side! Well bowled again, beat the bat. And another dot ball to end with.

Bit of bad news, the rain has started again, and this time it’s a bit more than a drizzle. Play has been interrupted indefinitely. And now we are back. Annoying rain, this.

The covers have just come on, there’s a bit of a drizzle at the moment. Not really too heavy, the covers are more of a precaution. In fact, they are going off as I write this. We should have live action in a few moments.

Outstanding knock from Kane Williamson, he batted throughout the innings remaining not out on 101 off just 49 balls. He was kept good company by Anton Devcich, who made a good 67. They lost wickets in a bunch on two occasions, but both times were helped by Williamson’s brilliance. Cape Cobras have to make a very tough 207 to win. Will Hashim Amla and co manage what seems like a very tough task? We’ll find out soon enough.

In comes Daryl Mitchell, facing Big Vern. OH HE’S GONE! First baller! Santner comes in now. Just a single to get off the mark. Kane gets a couple more. And it’s a no ball too! Kane batting on 94! AND THAT’S SIX! TREMENDOUS TON FROM KANE WILLIAMSON! And he follows it up with a single. Last ball now. And two to end with.

Lovely start from Charl, it’s a yorker that Watling can’t score off. Oh he has a swig at this, outside edge to third man! Low full toss and Watling finds the fielder! Big wicket, Watling was striking it cleanly! Scotty Styris comes in. But it’s Kane on strike. Slower bouncer, dot ball. And another single. Great over so far, just five off the first five ball. Final ball, and Styris top edges this onto his helmet and into the wicketkeeper’s hands! Golden duck!

Rory comes back on now. Single to start off with. Oh beautiful yorker from Rory, but Kane has played a sensational shot. He digs this out and deliberately edges this for four to third man. BANG! Six more! Slogged over midwicket! And another single. That brings up his 90. Watling mishits this for a single.

Charl again. Just one. Nicely bowled, that’s another yorker, just a single. Well played by Watling to the deep, couple of runs more. OH DROPPED! Watling smacks this one in the air but i’ts dropped. Two more for Watling. Nicely played again, another single. And Williamson smashes four more down the ground off the last ball!

Kemp continues. And Watling takes a couple. And another boundary down fine leg! Lovely shot, four more this time to square leg. Watling gets a move on. Oh how on Earth has he played that? He has sliced that over point for six with a shot that is usually played for one. Dot ball next. Nicely played, just a single to end with.

Secondwicket down now! And the Cobras are just about clawing their way back into the match!

The Cobras finally manage a strike as Anton Devcich departs for 67 courtesy a brilliant run-out by Robin Peterson.

Ontong continues. Devcich on strike. One to start with. One more to Kane. And now Devcich goes big! Six more runs down the ground. Single to mid wicket. And now Kane gets a couple. And one more to end the over.

Here comes Justin Kemp, who had injured his hand a while back. He seems fit enough now though. Dot ball to start off with. Oh WHAT a shot! Devcich picks this up from his pads and whips it away for a boundary! Great shot. Goes for the reverse sweep this time, and just gets one. Slower short ball outside off, and Kane edges this to third man. The fielder can’t get there so he survives. Short ball, four more to fine leg! Kane Williamson on fire here. OH TREMENDOUS! Smashed over cover for six off the last ball!

Rory again. And Williamson gets to yet another fifty! Excellent shot to get it too, that’s steered away down third man for four. Another single for Williamson. One more for Devcich. Wide ball. Another single. Another wide. Not the best over from Rory so far. And that’s fifty for Devcich as well! Swivel-pulled this for four down fine leg. One more to end with.

Mgijima to continue. And that’s four to Devcich. He follows up with another boundary! And follows up with a couple. One of the batsmen has a broken bat now. Devcich gets another couple. And another single. Just the one more run.

Peterson continues. And that’s four for Devcich. He follows up with a single. Kane continues, goes inside out over cover and four more runs! And this time he goes down the ground for six! Oh lovely ball to follow up, minor edge and the ‘keeper grabs at it and misses. The batsmen take one.

Ontong into the attack. Oh and a bit of drama first ball! There was a run out chance but the batsman survived. Devcich nearly smacks this next one right into the hands of the fielder, but again survives! Living dangerously here, Devcich. And another single for Kane. Devich steps out and slogs this down the ground, Hashim Amla takes the catch at long off but falls onto the boundary ropes in the process! Replays aren’t very conclusive, but it’s not given as a six. Batsman isn’t out either.

Mgijimain to the attack now. Dot ball to start with. And a single. Another dot ball. And another dot. Mgijima bowling really well here. Just one off the first four balls. Just another single. Great over so far. Oh beautiful! Lovely little premeditated sweep from Kane for four down fine leg.

Robin Peterson comes in now. And that’s a single off the first ball. Another one to Devchich. Oh that was in the air, but Williamson survives. Oh lovely shot from Devcich, that’s four more swept to square leg. It’s 51 for no loss after six.

So here comes Rory Kleinveldt. And he nearly takes a wicket off the first ball! Devcich goes for a big hit, falls just beyond Charl. And this time he plays it neatly down to third man for four! And another single. Kane gets one more. Firmly driven by Devcich but right back at Rory so a dot ball. OH flicked to short fine leg and dropped! Good effort though.

Philander continues. Single off the first ball. Good running, that’s two more. And another couple. Kane flays this, but gets an edge to third man they will scamper for two runs more! And guess what, another two of the next one. Last ball now, Kane steps out and pulls, gets a massive top edge to fine leg and this will be six!

Charl again. Williamson steps out off the first ball and semi-leaves, semi-plays one for four down third man! And gets beaten off the nect ball. Another dot ball. Oh quick single, but a direct hit means Devcich could be in trouble here! No, he’s safe. Another single. Dot ball to end the over.

Vernon Philander opens the bowling from the other end. Devcich on strike. Oh he looks to nudge this to the leg side, massive leading edge but it falls safe. Bit of width there and he smacks this for four! And another couple of dot balls. Another defensive shot to end the over.

Charl Langeveldt coming out of retirement and opening the bowling. Devcich on strike. Starts with a dot outside off. Follows up with a dot driven down the ground. And another dot ball played to point. OH what just happened here? Devcich nudges this to covers and runs for it, poor throw and poor wicketkeeping helps Kane Williamson make his ground. And he’s off the mark with a boundary down fine leg. Good ball to end with.

So we are ready for the toss. Danny Morrison and Pommie Mbangwa are out in the middle with captains Justin Ontong and Daniel Flynn. Ontong wins the toss and Cape Cobras will bowl first.

Hello and welcome to CricketCountry’s live blog of the third match of the Champions League T20 2014 (CLT20) between Cape Cobras and Northern Knights at Raipur on Friday. I am Shiamak Unwalla and I will be bringing you the live updates of the match. While the Cobras are formidable side with plenty of international stars, they’ll be up against a side who were a step ahead of the rest of the team in the CLT20 qualifiers. Apart from the confidence, Northern Knights will feel like they are playing a home game because they will be playing Cobras at Raipur and this where they won all their previous three games. So they are well aware about the pitch conditions. Read the preview of the match here

Cobras were last seen in CLT20 back in 2009 when they reached the semifinals. Their top batsman J P Duminy has been ruled out due to injury and that would cause a huge vacuum in the side given that he was among the side’s few players who have the experience of playing in India. With Jacques Kallis playing for Kolkata Knight Riders, Hashim Amla will be a key figure at the top of the batting order. Read more about Cobras’ likely playing XI

The Knights. on the other hand despite the absence of powerful all-rounders Corey Anderson and Daniel Vettori have done exceptionally well. Their experienced pacers Trent Boult and Tim Southee have been tough to score off and in the batting Kane Williamson, opening the batting has already provided two half-centuries.

It will be an interesting clash and this is also the first non-IPL match of the main stage. There will be a lot of international stars in action today. Read the key battles of the match here 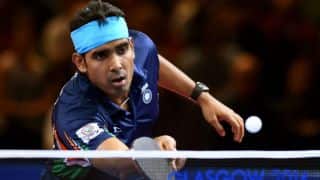 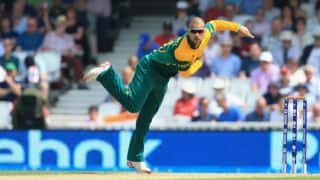