England resume Day Two of the first Test at Lord’s at 160 for four against New Zealand on Thursday. 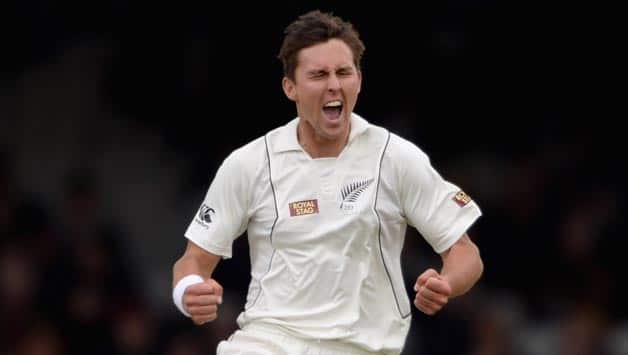 England resume Day Two of the first Test at Lord’s at 160 for four against New Zealand on Thursday.

Electing to bat against the Kiwis, the home side started off on a slow note and lost wickets towards end of the day as their top order batsmen failed to make a mark.

Young Joe Root was batting on 25, accompanied by Jonny Bairstow on three.

Earlier at tea, Trent Boult struck twice as New Zealand continued to make England struggle, as they reached 113 for three with Boult having removed both skipper Alastair Cook and the obdurate Jonathan Trott during the second session.

The accurate Boult had figures of two for 23 off 15 overs at the interval. Ian Bell was 18 not out and Joe Root, in his first Test on home soil, unbeaten on nought following a session where England took 57 overs to score 27 runs and lost two key wickets in the process.