England will look to extend their lead against Sri Lanka on Day 3.

After dominating for most of the second day, England slipped a bit in the final session to lose quick wickets and end at 320 for six in reply to Sri Lanka‘s 257 at Headingley. For England, Sam Robson made his first century in Tests and that too only in his second match. Gary Ballance himself made a fine fifty.  Angelo Mathews took two wickets for Sri Lanka. Shaminda Eranga too bowled well in patches. Catch Live scores and ball-by-ball commentary of the  England vs Sri Lanka 2nd Test here.

Sri Lanka on the third day will look to bowl out England as quickly as they can, otherwise England can get well in front. Now that is something Sri Lanka won’t like to happen. It was certainly Robson’s day. He bided his time, before playing some fine shots. Ballance himself looked in good touch for England. Others though, couldn’t really get going. Ian Bell in his 100th Test looked in fine touch, before getting out for 64. Catch the live blog here. 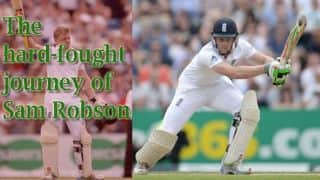 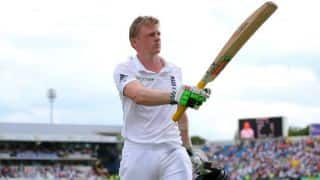