Catch all the live cricket score updates of the ICC Intercontinental Cup 2015-17 here.

Stumps called on Day 1 without a ball being bowled due to rain.

UAE win the toss and decided to bowl first.

The match is expected to start at 11.45 local time.

Photos from the Scotland and @ACBofficials training sessions are now on our Facebook page. https://t.co/uu5QsJ1bcr pic.twitter.com/qYC1F6lU6S

Hello and welcome to CricketCountry‘s live coverage of the Day 1 of ICC Intercontinental Cup 2015-17. There will be two four day matches starting from today. Ireland will face the United Arab Emirates (UAE) at Malahide and Scotland will welcome Afghanistan to Stirling. We will be bringing all the live updates of both matches here.

All four Associate nations, which recently impressed at the ICC Cricket World Cup 2015, will be starting their journey towards becoming the 11th Test playing nation, from Tuesday. The opening round matches of the four-day First-Class Intercontinental Cup 2015-17, which is a pathway for Test cricket, is starting from Tuesday. READ: ICC Intercontinental winner will earn an opportunity to play Test cricket

The side that wins this eight-team round-robin competition will play the 10th-ranked side on the ICC Test Team Rankings (as at 31 December 2017) in the four-match ICC Test Challenge during 2018. It will be a home and away base contest. If the Associate Member wins the series, then it will become the 11th Test nation. 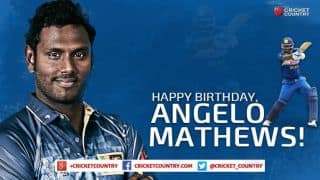