Hello and welcome to CricketCountry’s coverage of the ICC World Twenty20 Qualifier 2015. It’s Day 8 of the qualifiers and just one match is scheduled to take place toady. Co-host Scotland will take on Canada at Edinburgh. This is an interesting phase as most of the teams are facing a tough situation including a now or never scenario for some. All the teams playing today are in a must win scenario and it promises to be an interesting day as Scotland will take on the inconsistent Canada team at the beautiful location of Edinburgh. Catch all the action and updates  of the match here.

Live Cricket Score, Scotland 139/2, Overs 14.4, Batting: Kyle Coetzer 51 (41) George Munsey 33 (12): So its all over for Scotland. They win by eight wickets and 32 balls to spare. For Canada this is their fourth successive defeat in this tournament and now they are in the last position in the points table. Today for Canada, apart from Satsimranjit Dhindsa no other bowlers were impressive. With this defeat, it will be tough for Canada to qualify for the next round, whereas Scotland are now in the third position. Check out the updated Point’s Table here. READ: Match report here.

Kyle Coetzer is named as the Man of the Match for his innings of 51 not out #wt20q pic.twitter.com/J1dH9UO8uR

Live Cricket Score, Scotland 108/2, Overs 13, Batting: Kyle Coetzer 50 (40) George Munsey 3 (3):  Looks it will be an early finish for Scotland today. They just need 28 runs in 42 balls with eight wickets in bag. Kyle Coetzer scores a well paced half-century. It will be crucial two points for Scotland.

Live Cricket Score, Scotland 60/1, Overs 6, Batting: Kyle Coetzer 27 (18), Mathew Cross 4 (1): So Scotland are well on course. Their openers have given them an excellent start. Though the wicket of Calum MacLeod in the fifth over have given Canada some hope. They need few more quickly to get back in the game.

Scotland’s bowlers are putting a smile on Coach Grant Bradburn’s face as Canada stumble to 111 for 8 after 18 #wt20q pic.twitter.com/bu1CXeQd80

Live Cricket Score, Canada 77/5, Overs 12: Batting Navneet Dhaliwal 9 (17), Hamza Tariq 0 (1): Clearly the host, Scotland are on top at this moment. Canada have lost half of their side and now struggling to put a challenging total on board. For Scotland apart form Rob Taylor, every other bowler are amongst the wickets.

Live Cricket Score, Canada 40/2, Overs 4: Batting Nitish Kumar 9 (3) Rizwan Cheema 5 (5): It has been a decent start for both teams. Scotland managed to take two quick wickets at the start, but Canada batsmen are off to a flying start despite of losing few quick wickets. Ruvindu Gunasekera was the first man to get out. Soon Hiral Patel followed him. Alasdair Evans and Josh Davey are the wicket takers for Scotland.

In the tournament, Scotland is the team to watch for. Since last year, the Scottish team have performed exceptionally. Though fell to win a single game in last 50-overs World Cup, but this team played out some memorable games, which could have gone either way. Even after the World Cup Scotland continued their rise. They have recently beaten the Irish team and coming into the tournament with confident one their side.

Canada, the North American champions, have a tight schedule by having to play Scotland, Netherlands and Afghanistan on three consecutive days. They will also miss the services of mystery spinner Nikhil Dutta, who opted to play in Caribbean Premier League (CPL). So skipper Rizwan Cheema needs lead the team by example to put up an impressive show. 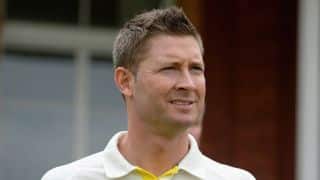