Welcome to CricketCountry’s live cricket blog and updates of the final match of Deodhar Trophy 2016-17 between India B and Tamil Nadu.

Hello, good morning and welcome to CricketCountry’s live cricket blog and updates of the final match of Deodhar Trophy 2016-17 between India B and Vijay Hazare Trophy 2016-17 champion Tamil Nadu. I, Pramod Ananth, will be bringing you live cricket scores and post from this game being played at Dr YS Rajasekhara Reddy ACA-VDCA Cricket Stadium, Visakhapatnam. Parthiv Patel-led India B did not lost from any of the two league matches, as they beat both India A and Tamil Nadu. Both India B’s victory have come while defending big totals of above 300. Similarly for Tamil Nadu, as they registered their only win while defending 303 against India A.

India B opener Shikhar Dhawan is back to form. He hit a blistering century in the first match of the tournament and fifty in the second. Looking at the batting of both sides, India B have definitely a better line-up with big names such as Dhawan, Parthiv, Ishank Jaggi, and so. On the other hand, Tamil Nadu have experienced player such Dinesh Karthik, along with some young guns such as Kaushik Gandhi and N Jagadeeshan.

Coming to bowling line-up of both the teams, India B once again hold the upper hand as they have bowlers such as Dhawal Kulkarni, Axar Patel and Chama Milind — who have some reputation in domestic circuit. Whereas in Tamil Nadu, their skipper Vijay Shankar likes to lead from the front and usually opens bowling, though he is batsman first. Besides him, they have Washington Sundar and Rahil Shah, who was their second highest wicket-taker in the Vijay Hazare Trophy 2016-17. 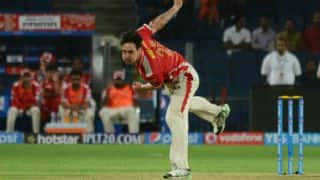 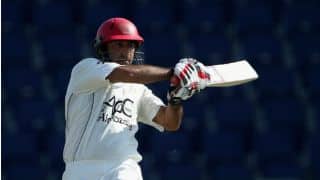