India Under-19 take on Pakistan in their opening match of the ICC World Cup 2014 at the Dubai International Cricket Stadium no Saturday.

Defending champions India and two-time former winners Pakistan are favourites to progress to the Super League quarter-finals from Group A in the ICC Under-19 World Cup that will be staged across the United Arab Emirates from February 14 to March 1, according to PTI.

India, to be led by Maharashtra top-order batsman Vijay Zol, along with Australia, are the most successful side at this level having won the tournament three times.

Mohammad Kaif inspired India to the title in Sri Lanka in 2000, while Virat Kohli led from the front in Malaysia when India regained the title in 2008.

“As the defending champion, India will be marked out from the start as the team to beat. The tournament format is very exciting, and apart from its arch-rival Pakistan, India also has two competent and motivated sides in Scotland and PNG to contend with,” India captain Vijay Zol said. 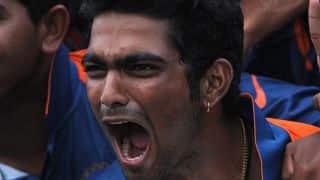 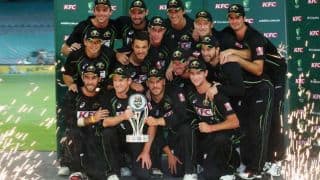