Hosts Ireland had a dreadful start to the series, as they lost the opening couple of games.

(Will Scotland register a clean sweep, or shall the hosts strike back to to end series on a high? Catch all the updates here)

Catch the live commentary and ball-by-ball updates of the Ireland vs Scotland, 4th T20I here

Match abandoned due to rain.

Hello and welcome to CricketCountry’s live cricket blog of the fourth and final T20I of the four-match series between Ireland and Scotland, at Bready. This is Ayush Gupta, and I will be bringing you the live updates and live cricket scores of the match.

Hosts Ireland had a dreadful start to the series, as they lost the opening couple of games on Thursday and Saturday as Scotland took an unassailable 2-0 lead in the series. Scotland registered a thrilling six-wicket win against hosts, Ireland and win the three-match T20I series 2-0 at Bready on Saturday. Twin string knocks of 48 and 47 from Matthew Cross and Preston Mommsen was enough to see Scotland home.

During the chase, Scotland too were off to a shaky start as they lost George Munsey to Tyrone Kane in the very second ball of their innings. However, the next pair of Kyle Coetzer and Cross put up a commanding 73-run stand for the second wicket. It was the final pair of Ricchie Berrington and Mommsen, who played the rest of the game out, scoring the required 67 runs and comfortably win the game by six wickets, with 11 balls to spare. It remains to be seen, how the hosts react in this final rubber and if they manage to finish the series on a high.

Catch the live commentary and ball-by-ball updates of the Ireland vs Scotland, 4th T20I here 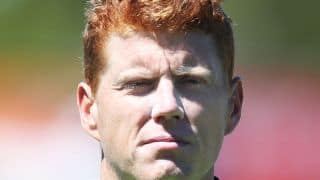