Ireland will look to win their second match on the trot.

Afghanistan beat Scotland in the first match of the series, organized to give the three non-Test-playing nations much-needed practice ahead of the upcoming World Cup. With the game reduced to 45 overs per side, Scotland reached a score of 237 for eight, while the Afghans chased the target down comfortable with eight wickets and seven overs to spare. Javed Ahmadi was the star of the chase with a knock of 74 from 81 balls.

In the second game of the series, Ireland managed to halt Afghanistan’s march in the series by bowling them out for a total of 180, before chasing the target down with three wickets remaining. Ed Joyce’s gritty half-century was the highlight of the Irish batting performance, while George Dockrell had starred with the ball earlier when he picked four wickets for 35 runs.

While Ireland are considered the strongest side in the tournament, they will certainly not take the Scottish team for granted as they look to maintain an unbeaten run in the tournament and qualify for the final as soon as possible. 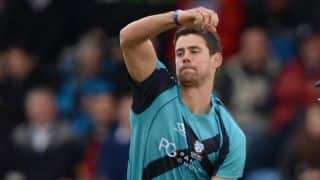 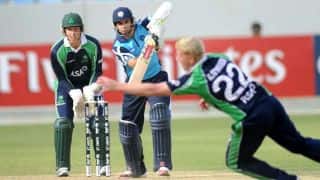