Hello and welcome to CricketCountry’s live coverage of the eighth match of the inaugural Masters Champions League (MCL) Twenty20 tournament, which will take place between Libra Legends and  Sagittarius Strikers.The venue is Sharjah Cricket Stadium. This is the third match of Sagittarius Strikers team for the tournament.  They won their first encounter on January 29 where they beat Virgo Super Kings by 26 runs. One day hence, they played their second match, this time against Capricorn Commanders which they lost by only three runs. It was a close contest and could had gone either way. For Libra Legends too, this is their third match.

LIVE CRICKET SCORE: Libra Legends 136/6 | Overs 16| TARGET 228|  Tim Ambrose 12 (13), Graeme Swann 1 (2):Sean Ervine is dismissed immediately after reaching his half-century. Nicky Boje too could not last long. Daniel Vettori has done an excellent job in this match. He has bowled very cleverly. The Strikers will complete the formalities in the final four overs knowing they cannot lose from here.

LIVE CRICKET SCORE: Libra Legends 113/4 | Overs 12| TARGET 228| Sean Ervine 55 (19), Tim Ambrose 4 (7): The Legends have lost yet another wicket but Sean Ervine is going great guns at the moment. All he needs is some good support at the other end. Tim Ambrose will be expected to do just that. OUT! Ryan ten Doeschate st Gilchrist b Vettori 8 (10)

LIVE CRICKET SCORE: Libra Legends 65/3 | Overs 8| TARGET 228| Sean Ervine 15 (7), Ryan ten Doeschate 6 (5):Legends have sunk further in trouble as they have lost the wickets of Taufeeq and the big one of Kallis. The Strikers have managed to keep things tight and will look to get a few more wickets along the way. OUT! Taufeeq Umar c Mustard b Bond 3 (8), Jacques Kallis run out 25 (16)

LIVE CRICKET SCORE: Libra Legends 24/1 | Overs 4| TARGET 228| Jacques Kallis 8 (7), Taufeeq Umar 2 (5): The Legends have lost an early wicket and this is not the tart they would have wanted when they needed 228 to chase down. Kallis and Taufeeq will look to build a strong partnership for the second wicket. Lumb is caught behind off Shane Bond. OUT! Michael Lumb c Gilchrist b Bond 13 (12)

LIVE CRICKET SCORE: Sagittarius Strikers 227/3 in 20 overs | Michael Carberry 23(14), Yasir Hameed 12(4): Mahela Jayawardene smashed the first hundred of MCL 2016. He went on to score 124 from just 60 balls. Jaywardene hit 10 fours and six shots which dispatched the ball over the ropes. Sagittarius Strikers close their innings on a mammoth 227 for the loss of three wickets in their allotted 20 overs. It will be an uphill task for Libra Legends to eclipse this score. OUT! Mahela Jayawardene c Sean Ervine b Ryan ten Doeschate 124(60)

LIVE CRICKET SCORE: Sagittarius Strikers 162/2 in 16 overs | Mahela Jayawardene 91(49), Michael Carberry 7(4): Imran Farhat is dismissed for 18 by Brad Hogg; Michael Carberry is the new batsman at the crease. Jayawardene needs only nine more runs to get to his century. He has batted at an extremely fast pace and thoroughly deserves to get to his hundred. Still more, can he take Sagittarius Strikers past the 200-run mark? We’ll get to know in a few moments. OUT! Imran Farhat c Graeme Swann b Brad Hogg 18(15)

LIVE CRICKET SCORE: Sagittarius Strikers 141/1 in 13 overs | Mahela Jayawardene 81(41), Imran Farhat 14(9): Mahela Jaywardene is batting exceedingly well carting even good deliveries outside the ground. He has already struck eight boundaries and five sixes in his innings. He has spawned a special liking for Ten Doeschate and Swann. He has played a lot of typical Jayawardene shots which reminds everyone of his early days.

LIVE CRICKET SCORE: Sagittarius Strikers 105/1 in 10.1 overs | Mahela Jayawardene 59(32), Imran Farhat 1(2): Adam Gilchrist falls for 38 off only 28 balls. He hit three boundaries and as many shots which dispatched the ball for maximum in his innings. Jaywardene has smashed a half century and it has come in quick time. He is in scintillating touch having struck an amazing fifty in the first T20I as well although he failed to repeat the feat in the next match. OUT! Adam Gilchrist c&b Nicky Boje 38(28)

LIVE CRICKET SCORE: Sagittarius Strikers 76/0 in 7.2 overs | Adam Gilchrist 30(21), Mahela Jayawardene 43(23): Jayawardene is in no-nonsense mood, he is just seven runs short off his fifty as of now. Glichrist too at the other end is batting at a brisk pace. Strikers are batting at a brilliant run rate of approximately 11. Strikers have tried six bowlers so early on in the innings. Their most expensive bowler was seamer Ryan ten Doeschate, who went for 15 in his one over. Left-arm pacer Andy McKay has been the most economical, giving only five runs in the lone over he has bowled so far.

Legends lost their first match played against Gemini Arabians by a mammoth 78 runs. The game was played on January 29 and was the first match of the tourney. They played their second match on Wednesday. It was against Virgo Super Kings at Sharjah. They lost the match again although they gave a tough fight in the contest. The match went down to the wire as they lost it by only five runs in the end.

Due to two consecutive losses, Libra Legends are at bottom of the points table. Gemini Arabians tops the charts with four points from two games while the other four teams viz. Sagittarius Strikers, Leo Lions, Virgo Super Kings and Capricorn Commanders all have two points each owing to one victory and a loss from their two matches. Mahela Jayawardene, Shane Bond, Adam Gilchrist and Daniel Vettori will be key player for Strikers going into this match. Bond was amazing in the first match although he missed the second. For Legends, a lot will depend on Jacquaes Kallis, Ryan ten Doeschate and Brad Hogg. 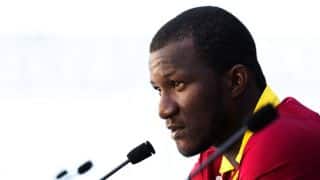