The match will be played to determine the best team in the competition.

Hello and welcome to CricketCountry’s live blog of ICC World Twenty20 2015 Final between Scotland and Netherlandsand Ireland at Dublin. We will be bringing you the live cricket scores and updates of the match. Both Scotland and Netherlands have booked berth of ICC World T20 2016 to be held in India. While Scotland defeated Hong Kong to register a spot, Netherlands defeated Ireland in their previous tie, but managed qualify without any major hiccups. The match between Ireland and Hongkong ended in a wash out and as a result Ireland finssh third, with Hong Kong finishing fourth. The match between Netherlands and Scotland will be played to determine who is the most superior team among the minnows. Catch live cricket scores and updates of Scotland vs Netherlands, ICC World T20 Qualifier 2015 Final

Bad news again! The match has been abandoned without a ball being bowled. Disappointing day today as both scheduled matches have been washed out due to rain.

Things not looking good t Makahide as the toss has been delayed due to rain. We’ll keep you updated, stay tuned!

A total of 14 teams participated in the ICC World T20 Qualifiers and in the end Ireland, Netherlands, Scotland, Hong Kong have qualified along with Oman and Afghanistan for the qualifying stages of ICC World T20 2016 to be held in India. When Ireland last played Hong Kong in the group stages, the Asian team won the closely fought contest. However, Ireland will look avenge their loss against Hong Kong on Sunday. Hong Kong’s rise to the semi-final was far more dramatic. After finishing second in Group A, Hong Kong pulled off a stunning win over Afghanistan in the first Qualifying Play-off to book a berth in the ICC World 2016. The ultimate goal was achieved, but Hong Kong could have raised its profile even more had it moved to the final. That dream, however, was cut short after Scotland, the Group B table-toppers, notched a five-wicket win in the first semi-final of the day. 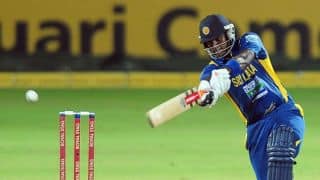 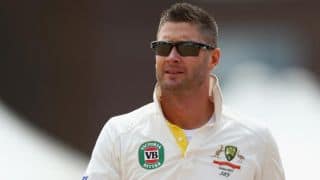