Sri Lanka and South Africa will get a chance to replace India from the no 2 position of the International Cricket Council’s (ICC) ODI rankings when they go head to head in a  three-match ODI series, starting in Colombo on Sunday. Sri Lanka is presently sitting at the third position in the rankings, just behind India. While South Africa is equal on points with England, it is ranked fifth when ratings are calculated beyond the decimal point. Catch live scores and ball-by-ball commentary of the 1st ODI between Sri Lanka and South Africa

If Sri Lanka wins the series 2-1, they will claim sole possession of the second position with 113 rating points, which give them a one point lead over India. A 3-0 victory will put Sri Lanka to 114 ratings points. In both these scenarios, South Africa will retain its fifth position. If South Africa wins all the three matches of the series, then they will earn four rating points to leapfrog India into the second position. Catch the live blog here 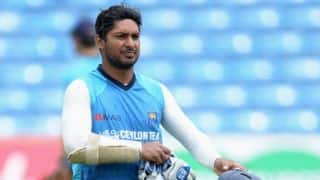