Hello and Welcome to CricketCountry’s live coverage of Match 29 between St Kitts and Nevis Patriots and Trinbago Knight Riders.

Good Afternoon/Evening! Hello and Welcome to CricketCountry’s live coverage of the ongoing Caribbean Premier League (CPL) 2016. This is match 29 between St Kitts and Nevis Patriots and Trinbago Knight Riders at the Central Broward Regional Park Stadium Turf Ground, Lauderhill in Florida, USA. We will be bringing to you the live updates from this tie. Both St Kitts and Nevis Patriots (KNP) are placed at the bottom of the table and before the play-offs, this match is almost a formality for them as TKR are likely to get through.

TKR have a very good squad with names like Hashim Amla, Brendon McCullum and Dwayne Bravo by their side and will look to trounce KNP in their last match of the group league. The team currently has 8 points in hand and even if they lose the match, they will be through to the play-offs. TKR have made it through to the last-four, but there are a few flaws they need to iron out.

On the other hand, KNP, despite having names like Faf du Plessis and Lendl Simmons, have disappointed with their performance. They have won only two of their nine matches and would like to finish the campaign with a win, gaining some respect. For KNP, there is nothing but pride and consolation to play for. Having spent the entire tournament at the bottom of the points table, even a win against Knight Riders wouldn’t push them any higher. 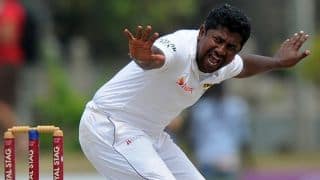