Catch Live Updates of Day Two of action of the Ranji Trophy 2015-16 clash between Tamil Nadu and Gujarat at Tirunelveli.

Hello and welcome to CricketCountry’s live coverage on Day One of the Ranji Trophy 2015-16 game between Tamil Nadu and Gujarat. No play was possible yesterday because of wet outfield. Hopefully, we will see some action today. Considering the two teams, Gujarat is at second position in Group B just after table toppers Mumbai. Talking of Tamil Nadu, they are four places below Gujarat at the sixth spot. Gujarat have played six matches in which they won three, lost one and drew two. Tamil Nadu too have played six games. They won two, drew three and lost one match. Hence, looking at the points table, Gujarat is certainly in a better position. However, the match is crucial for both the teams since it’s a Round eight game and we will soon witness the qualifiers. Complete coverage of Ranji Trophy 2015-16

If Tamil Nadu are able to pull off a win in this encounter, it will do a world of good for them in the points table. Tamil Nadu will strive hard for a win while Gujarat will do it’s best to continue it’s good run in the tournament by winning this match or at least get valuable points by performing well in the game. Tamil Nadu drew their previous match which they played against Uttar Pradesh. They also did not succeed to get three points in that game as they did not take a first innings lead. Due to their mediocre show in the tournament, they have only 17 points. On the other hand, Gujarat has 22 points. Gujarat won their last match against Madhya Pradesh convincingly by 153 runs. Hence, both by overall performance and current form, Gujarat are favourites to perform better in this match.

For Gujarat, Parthiv Patel and Priyank Panchal are in superb touch and have averages hovering over 50 in the tournament. Gujarat will bank highly on Rahil Shah, who has picked 22 wickets in the tournament so far at an impressive average of 16.31. A lot will depend on Gujarat bowlers— Jaspreet Bumrah and Rujul Bhatt. But it is batting which is Gujarat’s chief worry. Gujarat fans will be hoping that their comes out good in this match. 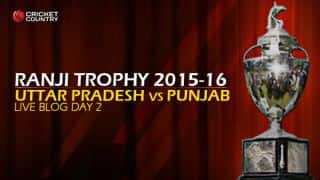 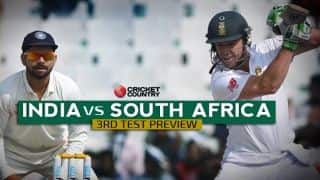