Hello and Welcome to CricketCountry's live coverage of the Match 16 of the ongoing UEFA Euro 2016 at Stade Bollaert-Delelis in Lens Agglo.

Bonsoir! Hello and Welcome to CricketCountry’s live coverage of the Match 16 of the ongoing UEFA Euro 2016 at the Stade Bollaert-Delelis in Lens Agglo on Thursday. I am Vishal Mehra, and I will be bringing to you the live updates from evening’s game. England led by Wayne Rooney was unlucky to get a draw from Russia game. Eric Dier free kick provided the much needed lead only to falter in the dying moments of the game for a Russia to salvage a point from the game. Wales on the other hand very good in their game against Slovakia. Bale opened the score for Wales with Kanu scoring a winner in the last 10 minutes of the game. This is a must win match for England while Wales is almost guaranteed a place in the knock-out out phase. LIVE FOOTBALL SCORECARD: England and Wales, Euro 2016, Group B, Match 16 at Lens

ENG 1-1 WAL, 90’min: England keeping the ball in the Wales half as most of the players are trying to gain the winning goal. This has been a good half for England. All three-subs has brought in a leash of fresh air in the ground, Rashford gets a good chance to score only to be denied by Williamson. Rooney takes another corner for Cahill to miss a header ball goes above the bar.

ENG 1-1 WAL, 76’min : Joe Ledley  first sub for Wales as David Edwards come on for Wales.Robson demands for fowl, referee not interested. Asks to play on. England so far has 70% possession on ball. Their approach have been much attacking. Chance , blocked by Davis. Goal kick for Wales, poor touchdown. England playing up the field,keeping possession but failing to connect the passes. Hal Robson replaced by Jonathan Williamson for Wales. Rashford warming up, an expected last minute replacement from England. Alli tries to play up, no back up there. Hobson calls back Lallana and sends Rushford. Huge chance for Wales but good work by England goalie there. Williamson falls down inside box, no fowl, loses his own balance. Danny Rose defends Bale’s building attack. Rashford makes professional debut.

ENG 1-1 WAL, 64’min: English has looked a different team after the equalizer by Vardy. Sturridge has been great getting the ball half of the Wales goal line. Vardy has provided the much needed speed. Ledley is down after a clash in the English half.

ENG 1-1 WAL, 56’min: ENG 1-1, Rooney has had the best chance so far in this half. The ball just deflecting by the hand of the goalkeeper for a corner. GOALLLL Jamie Vardy hits the ball into the net after a deflecting from Wales player.

Vardy is the first Leicester player to score for England at a major tournament.

ENG 0-1 WAL, 51.32′ min: Rooney takes another corner only for English players to miss an out swinging ball. England have looked good in parts. A lot of touches has gone down the Wales half. Wales have been air tight in their defence.

ENG 0-1 WAL, 47’min  : Back after the break, England will want to get in the early equalizer. Daniel Sturridge comes in for Raheem Sterling. Jamie Vardy also called in for Harry Kane.  Gareth Bale looks in high spirit after his goal.

Two substitutions for England at half-time. Sturridge and Vardy come on for Kane and Sterling. #EURO2016 #ENGWAL pic.twitter.com/teEu4EOMBR

ENG 0-1 WAL, 45’min + 1’min : Another first half where England has had chances to score but have been unable to get the goals. It was Bale who broke the deadlock for Wales. His second in as many matches. Joe Hart must feel unlucky to get his hand on the ball but miss out on keeping it away from the goal. HALF TIME!

Bale has done it again! Hart gets a hand to the Welshman’s 30-metre free-kick but England’s keeper can’t keep it out. #EURO2016 #ENGWAL

ENG 0-0 WAL, 38’min: Another corner kick for England. Chris Smalling misses out on  Rooney kick. This has been the story of this half for England. Chances has come and gone for Rooney and his men. England has been lazy near the goal giving away the ball with ease. Bale has been quite vocal so far asking refrees to call in the fouls done on him.

Raheem Sterling so out of form, now getting boos from England fans when on the ball. #ENGWAL #Euro2016 pic.twitter.com/Lkjc3v8VAu

ENG 0-0 WAL, 32’min:  This has been a heavy footed game so far, with much physical action going in the middle. Another free-kick for England as Rooney whips the ball for Smalling to miss. Wales so far has been good in the defense giving England no space in the flanks. After the ball being up in the air it was a hand ball by Wales defender for the referee to miss out.

ENG 0-0 WAL, 25’min: Harry Kane takes a free kick only to hit the ball high and wide. The curl went wrong. May be Eric Dier? Bale and Smalling crash in together, Bale fouls on Smalling. Finally Lallana gives back to Ledley hard challenge. Lallana looking good moving into spaces inside the box. Ledly fouls on Rose. Another free kick for Rooney. Gary Cahill heads the ball into Hennessey hands.

ENG 0-0 WAL, 20’min: 20 minutes into the game and England have looked the more aggressive side. Wales on the other hand has not been seen with the ball until. Alli, Walker, Rose has been the best players for England so far, while Sterling has had the best chance to score.

ENG 0-0 WAL, 15’min: England looking to keep the ball in Wales half. This is surely a possession game up until now. Rooney has looked good in the centre changing the flanks at will. Bale has seen doing defensive duties.

ENG 0-0 WAL, 11’min:  Sterling, Alli, Walker and Lallana looking good in the right and left flanks. For Wales Bales has hardly been seen with ball. Bale stopped brilliantly by Rose. Joe Hart fends off a challenge in the box which was a lose ball.

ENG 0-0 WAL, 8’min: Free kick was awarded to Wales just outside the box in the start of 5’th min it was well fended by Alli. Lallana gets a clean pass to Sterling, who misses the ball completely. It was also seen in the earlier match that England missed out on million of chances.

ENG 0-0 WAL, 3’min: England misses out on a early goal as Rooney did not get a clean pass to Sterling. England will look to Dele Alli, Dier and  Smalling. Rooney passing it well those long shot towards the right flank. This is pretty sure going to be physical match.

Players are out on the pitch for warm up as teams for both England and Wales are announced.

England are unchanged, while Ledley and Robson-Kanu come into the Wales side. #EURO2016 #ENGWAL pic.twitter.com/pMfiksTLz5

England’s 1-1 draw with Russia in their first Group B game means that Wales will go into the match with the upper hand, which is not a position to which they are accustomed.Between 1946 and 1976 they tasted defeat just once in 33 encounters. Wales’s few wins have been celebrated exuberantly, most notably in th’minse 1980 edition of the now-defunct British Home Championship, when an England team that had beaten world champions Argentina four days earlier was thrashed 4-1 at Wrexham’s Racecourse Ground.Whereas England see Germany and Argentina as their biggest football rivals, Wales only have eyes for their neighbours. This is often perceived by English fans – who are generally supportive of Wales – as pettiness. Asked by AFP if the rivalry mattered more to Wales, England midfielder Adam Lallana said: “People are saying everyone wants to gain the English scalp, but I don’t think that’s just Wales.
Squads: 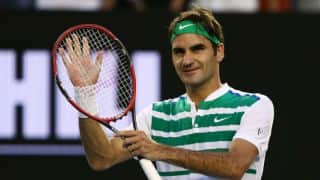