Hello and welcome to CrickectCountry’s live coverage of the Group D match between Spain and Turkey from Stade de Nice, Nice

Hello and welcome to CrickectCountry’s live coverage of Euro 2016’s Group D match between Spain and Turkey from Stade de Nice, Nice. I am R Narayan and I will bring you all the updates from today’s mouth watering clash between the two nations. Spain are the defending champions, having won the trophy in 2008 and 2012. They are aiming to make it three Euro Championships in a row. Their opponents Turkey are making a comeback to Euro’s, having failed to qualify in the last edition. Turkey are yet to win or reach the final of this tournament. Their best finish was 3rd position in Euro 2008, after they lost 3-2 to Germany in the semi-finals. Live Football Scorecard: Spain vs Turkey, Group D, Euro 2016

It’s full time as Spain come out victorious 3-0 over Turkey. They were in charge for the whole game, and were barely threatened by an toothless Turkish attack. Morata opened the scoring in 34th minute, and three minutes later, Nolito made it 2-0. The game was put to bed in the 48th minute as Morata got his second and team’s third goal. The win means Spain have qualified.

Spain 3-0 Turkey 90’mins: Spain make another change as Azpilicueta comes in for Alba. A great chance for substitute Sahan to get a consolation, but his shot is blocked by Azpilicueta. His subsequent effort is well wide. Effort from Soriano is well wide.

Spain 3-0 Turkey 80’mins: Turkey have done well to not concede another goal. While a loss by three margin is almost certain to end their qualification chances, they still have a one per cent hope. They will have to win big against Czech in their final game, and hope other results go their way.

Spain 3-0 Turkey 75’mins: David de Gea has been untested, which only shows how woeful Turkey’s attack has been today. A promising situation for Turkey ends up wasted as the cross is overhit.

Spain 3-0 Turkey 70’mins: Iniesta has been the star of the show, with some unbelievably delightful passing. Despite being up by three goals, the Spanish players are putting all their efforts. Soriano with an effort from edge of the box, which is well saved by Babacan. Both the teams make a change as, Malli comes in for Inan for Turkey and Koke replaces Fabregas for Spain.

Spain 3-0 Turkey 65’mins: Turkey’s hopes of a qualification seems very distant now. With today’s result all but confirmed, they should look for damage control. Free kick for Spain. In the meantime, they make a change, as Bruno Soriano comes in for Silva.

Spain 3-0 Turkey 60’mins: Nolito with a great bit of skill to reach inside the opposition penalty box, but is thwarted by a strong tackle. Arda Turan with a shot from the edge of the box, which is blocked for a corner. Silva’s shot is just wide off target as Spain look for their fourth.

Spain 3-0 Turkey 55’mins: Spain aren’t stepping their foot of the gas. Brilliant all-round play from Yilmaz as he turns Pique around, but hits his shot well high.

Spain 3-0 Turkey 50’mins: Change for Turkey as Sahin comes in for Calhanoglu. GOAL! A perfect pass from Iniesta finds Alba through on goal, who lays it off to Morata for his second for the game. Game over surely. Another unreal ball from Iniesta finds Morata in the box, whose header is wide.

It’s half-time at Nice as defending champions Spain lead Turkey 2-0. The result is good enough for them to confirm their qualification to round of 16, and continue on their winning run. After Morata opened the scoring in the 34th minute with an header, Nolito made it 2-0 in no time. Turkey have a huge task ahead in the second half if they are to have any chance for a comeback.

Spain 2-0 Turkey, 45’mins: Free kick for Spain on the edge of the area, but they are unable to make use of it. A lovely flick from Ramos starts another counter-attack for Spain. Break on from Spain, but a brilliant challenge from Topal denies them their third goal.

Spain 2-0 Turkey, 40’mins: GOAL! Nolito is the goal scorer this time, after a brilliant pass from Fabregas. Turkey look for a response straight away as Turan aims an attempt from outside the box, but it’s well wide. Free kick for Spain, and their training ground exercise is almost perfect. The finish is the only thing which lacked as Silva mishits.

Spain 1-0 Turkey, 35’mins: Juanfran with a brilliant cut-back into the box, but Nolito fluffs his lines at the most important moment. A clash between Pique and Busquets leave both of them on the ground, with the former feeling the effects of it. GOAL! A sumptuous cross from Nolito is headed home by Morata.

Spain 0-0 Turkey, 30’mins: Calhanoglu takes the resulting free kick, but it’s just above the goal. Good effort though. Nolito takes a shot from distance, and it’s just wide. Brilliant chipped pass from Busquets, as he sees Fabregas make a run towards the box.

Spain 0-0 Turkey, 25’mins: A good break from Turkey, but Yilmaz is caught offside. Calhanoglu with an effort from the edge of the box, but it’s well high. Free kick for Turkey, 25 yards away from goal.

Spain 0-0 Turkey, 20’mins: Another corner for Spain, who have had total dominance. The resulting delivery is very poor from Silva. A spell of possession for Turkey comes to no use. Iniesta is down after a challenge.

Spain 0-0 Turkey, 15’mins: Brilliant move from Spain. Jordi Alba plays a brilliant cross, which hits the defender onto the post for a corner. What a chance! Pique gets a free header, but sends it wide of the target. Spain are well on top at the moment. Brilliant bit of play from Silva as he lays off the ball for Iniesta, whose shot is blocked.

Spain 0-0 Turkey, 10’mins: Morata with the first effort on target as Turkey’s goalkeeper Babacan palms it away for a corner. Yellow card for Burak Yilmaz, after he shoves his hand on Sergio Busquets.

Spain 0-0 Turkey, 5’mins: Spain kick us underway. They are playing their usual 4-1-4-1, with Morata leading the line and Fabregas, Silva, Iniesta and Nolito supporting behind him. Yellow card for Spain skipper Sergio Ramos, within the first minute. First corner of the day for Spain.

We are just minutes away from the kick-off. A late comeback from Czech Republic against Croatia has opened this group wide open. A win here for Spain and they go through. But if Turkey wins, all the four teams will have a chance to qualify going into the final round of fixtures. A mouth watering prospect!

Spain are the double defending champions, having won the tournament in 2008 and 2012. They started Euro 2016 with an unconvincing 1-0 win over Czech Republic. A late 87th minute header from Gerard Pique was enough to seal the win for the Spanish side, who struggled to get going in the game. Goalkeeper David de Gea was sublime in the match, as he made numerous saves to keep his team in the game.

Their opponents Turkey know it’s a must win game for them, and a loss can signal their elimination from the tournament. In their first fixture, they were unlucky to lose 1-0 against Croatia. A moment of genius from midfielder Luka Modric was the difference between the two sides.

Both the teams have their share of talented players within the side. Spain have the likes of de Gea, Sergio Ramos, Gerard Pique, Andres Iniesta, Cesc Fabregas, David Silva within their ranks. Turkey, although not having big names, have good players in the form of skipper Arda Turan, Hakan Calhanoglu, Nuri Sahin.

Spain will be expected to play their normal passing game, and will hope for their creative players to get the killer pass. Turkey on the other hand know they cannot match their opponents in terms of gameplay. Hence, expect them to rely on long balls, counter-attacks and physical approach. 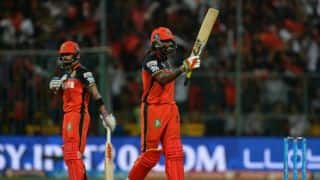