Welcome to CricketCountry’s live coverage of Euro 2016’s Group F match between Portugal and Austria at Parc des Princes, Paris. I am R Narayan and I will bring you all the updates from this encounter. Portugal kicked of their campaign with an 1-1 draw against Iceland. The heavyweights of the group had most of the chances, but struggled to get past an inspired Iceland defense. Austria on the other hand lost their first match 2-0 against Hungary. Goals from Adam Szalai and Zoltan Steiber meant the underdogs proved their doubters wrong and went on top of the group after first round of fixtures. LIVE FOOTBALL SCORECARD: Portugal vs Austria, Euro 2016, Group F

Full Time: Portugal have themselves to blame for failing to win this game. They were outrightly dominant, but couldn’t apply the finishing touch. Ronaldo had a horribly off game, missing host of chances including a penalty. Nani also hit the post in the first half. For Austria, they were toothless and played out for a draw in the second half. With two points, Portugal will play Hungary in the final game, needing a win to go through.

Portugal 0-0 Austria 90’mins: Final change for Austria. Wimmer comes in for Ilsanker. Portugal also make their third change, as Nani is replaced by Rafa Silva. Austria nearly hits the sucker punch, but an brilliant defensive header from Guerreiro ends the danger. Three minutes added on, as Portugal are nearing back to back draws.

Portugal 0-0 Austria 85’mins: Austria cannot have a better chance than today to snatch a win. Despite having 20 chances, including an penalty, they are yet to score. Change from Portugal, as Eder replaces Andre Gomes. Second change for Austria, as Sabitzer makes way for Hinterseer. Goal for Ronaldo! No, Wait, he is offside! And it’s the right call.

Portugal 0-0 Austria 80’mins: The game has opened up in the past few minutes. PENALTY FOR PORTUGAL! Hinteregger is adjudged to have tugged back Ronaldo in the box. MISS! Ronaldo misses from the sport, as his effort hits the post.

Portugal 0-0 Austria 70’mins: The quality of crosses for Quaresma has been really poor. He has had 8-10 chances, but he has barely delivered a decent ball. Joao Mario replaces Quaresma as Portugal look for the elusive goal.

Portugal 0-0 Austria 65’mins: Another chance for Portugal as they earn a corner. Another horrible delivery from Quaresma. Austria are readying a change. Free kick for Portugal, at a perfect distance. But before that, Alaba is replaced by Schopf. Good effort from Ronaldo, but it’s just over the bar.

Portugal 0-0 Austria 60’mins: Quaresma finally delivers a good cross, which is headed by Ronaldo. But the keeper is up to the task again, frustrating the Portuguese captain. It has been all Portugal this half, but just like the last game, they are failing to score a goal. Yellow card for Austria skipper Fuchs.

Portugal 0-0 Austria 50’mins: We are back underway from Paris. And Austria come out all guns blazing, with Ilsanker testing Rui Patricio with a decent long range effort. Harnik becomes the second player to be booked for challenge from behind on R.Carvalho. Free kick for Portugal from a long distance. Ronaldo steps up for it, and hits the wall.

It’s half time, as Portugal have been absolutely dominant, but have failed to score. Nani had the best chances of the half, hitting the post and the other one saved brilliantly by Almer. Ronaldo has also had his chances, but has failed to take them. Austria on the other hand have barely threatened, with their best chance coming from an Alaba’s free kick, which was cleared off the line by Vieirinha.

Portugal 0-0 Austria 45’mins: Brilliant free kick from Alaba, which nearly eekes into the goal. But Vieirinha is there to head the ball out, almost on the line. Cross from Andre Gomes is well defended by the defense, who are fighting for their life in these final few minutes of the half.

Portugal 0-0 Austria 40’mins: Portugal manage to get another corner. Another chance for Ronaldo, whose shot is straight at the keeper. Seems like he has forgotten his scoring boots at home. Foul conceded by Pepe, just outside the penalty area.

Portugal 0-0 Austria 35’mins: First yellow card of the game, and it’s Quaresma for his complains after a foul went against him. Another poor kick from the Austrian keeper, which nearly presents Portugal with another chance. Header from Ronaldo is on target, but he is judged offside.

Portugal 0-0 Austria 30’mins: Portugal have enjoyed 61% possession, and have had eight attempts on goal till this point of time, but are yet to score. They need to convert their chances into goals. Another corner for Portugal. It’s taken short, and Guerreiro finds Nani perfectly with a cross, whose header is brilliantly hits the post.

Portugal 0-0 Austria 25’mins: What an chance for Ronaldo! Brilliant link up play between Nani and Guerreiro, as the latter plays a perfect cut back to Ronald, whose shot is just wide. Signs of Portugal upping the ante.

Portugal 0-0 Austria 20’mins: Ronaldo has been anonymous till now, which is a worrying sign for his side. Same can be about Alaba, who hasn’t done much. Corner for Portugal, but header from Ricardo Carvalho is wide.

Portugal 0-0 Austria 15’mins: The front three for Portugal are really threatening on paper. Each one of them is moving around and exchanging their spots. Brilliant chance from Nani, whose shot is very well saved from Almer. And the follow up shot from Vieirinha is pushed away for a corner. Harnik has been a cause of threat to the backline of Portugal.

Portugal 0-0 Austria 10’mins: First chance of the game for Portugal falls to Nani, who heads it well above. Not much happening at either ends, with both teams taking their time to settle.

Portugal 0-0 Austria 5’mins: Portugal get us underway, and win their first corner within the first minute. Brilliant chance for Austria, as Harnik is found open in the box, but his header is just wide.

Portugal have made two changes to their squad, which sees Danilo and Joao Mario drop with William Carvalho and Ricardo Quaresma coming on for them. A win for Cristiano Ronaldo and co may see them reach the top of the standings. As for Austria, it’s an must-win game, having been beaten by Hungary in their first fixture. They will rely on the talents of David Alaba and Marko Arnautovic to pass this test.

Portugal were pretty ordinary in their first match. While they were the dominant side, they struggled to create many clear cut chances. After Nani had opened the scoring in the 31st minute, Portugal failed to grow on their lead. And they were made to pay in the 50th minute, as Bjarnason equalised for Iceland. Portuguese skipper Cristiano Ronaldo cut a frustrated figure in that game. While he did have few bright moments, he looked lacklustre in most parts. He was nowhere near his usual self as he missed two clear cut goal scoring opportunities.

It is safe to say Austria were shocked and left bamboozled by Hungary’s display in their first game. Widely considered as the better of two, Austria conceded in the 62nd minute, before defender Dragovic was sent off for two bookable offense. Since that point, there was no coming back for them. Despite boasting quality players like David Alaba, Marko Arnautovic, Martin Harnik, Austria only mustered three efforts on target, indicating their struggle up front.

Both the teams will see this encounter as a must-win game. Portugal are one of the very few quality sides who are yet to win a Euro championship. They finished as finalists in 2004, and reached the semi-finals in 2012. Ronaldo would look to complete his European trophy set, knowing this may well be his last shot at the prestigious trophy. 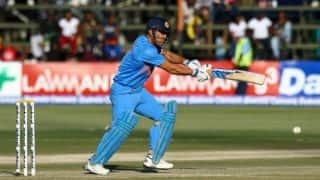 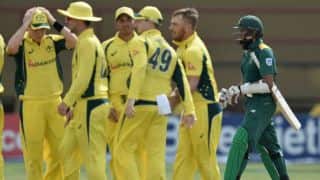