India (IND) vs Australia (AUS) LIVE SCORE CRICKET 3rd Test Day 4: India would need early wickets in the first hour of Day 4 or else they could be in for a long day. With the lead nearing 200, Australia – with eight wickets in hand – would like to bat India out of the Sydney Test on Sunday. India – who were in a commanding position on Day 2 – find themselves in a spot of bother with the game on the line.

India would need early wickets in the first hour of Day 4 or else they could be in for a long day.

Earlier, India’s middle and lower-order failed to get going and the second session saw six wickets falling for 64 runs. In the first session, Australia managed to get the breakthroughs of Ajinkya Rahane and Hanuma Vihari. Cummins cleaned up Rahane (22) in the 55th over of the innings while Vihari faced 38 balls for his four runs and was finally run out.

Resuming the second session of the third day at 180/4, Rishabh Pant and Cheteshwar Pujara saw off the first few overs with the second new ball, and the duo brought up their 50-run stand in the 87th over of the innings. However, in the very next over, Josh Hazlewood had Pant (36) caught at first slip reducing India to 195/5. 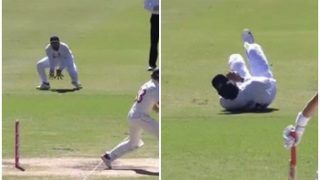