Live Cricket Score India vs England 2nd T20I, Narendra Modi Stadium: Check all the live score updates of the match between IND vs ENG as Virat Kohli-led India eye a comeback in the five-match T20I series. SKY, Kishan Debut | According to reports, Suryakumar Yadav and Ishan Kishan have got their maiden national cap and would be making their debut in the second T20I against England. Eyes would be on them to see how they perform.

The BIG question – Will Rohit Sharma be back in the XI for the second T20I? Reports suggest he could be back with the side trailing in the series. But again – who drops out – KL Rahul or Shikhar Dhawan? If there is a toss-up between Rahul and Dhawan – the former would easily edge the latter.

Hello and welcome to the live blog of the second T20I between India and England. Be with us as we get you the fastest updates and will also try and make it as interesting as possible with latest videos.

Virat Kohli and Co will look to square the five-match series on Sunday when they take on England in the second T20I at Narendra Modi Stadium. India was outplayed in all departments in the opener of the series by eight wickets. England was clinical in their approach as they emerged on top, thanks to some good cricket from the No 1 side in the world.

England – thanks to some top-class cricket – will start favourites against the hosts. Reports suggest that Rohit Sharma – who was rested – may be back on the side as India need to win. England would be high-on-confidence after the thumping win over the hosts. 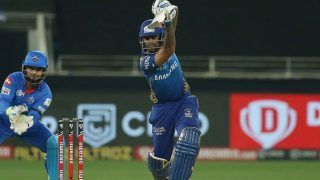 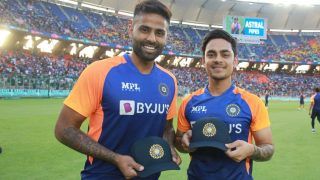