IND vs SL 2nd T20I Live Cricket Score and Updates: Catch all the live action of the second match of the series between India and Sri Lanka from Holkar Cricket Stadium, Indore here. Match starts at 7 PM (IST), Toss at 6.30 PM (IST).

IND vs SL 2nd T20I Match Live Cricket Score and Updates from Holkar Cricket Stadium, Indore: Hello and welcome to our live cricket blog of the second T20I of the three-match series between India and Sri Lanka from the Holkar Cricket Stadium, Indore. With the first T20I being washed out, India and Sri Lanka will now hope that rain gods stay away from the Holkar. Only toss could take place on Sunday at Guwahati’s Barsapara Cricket Ground before rain gods came in and left damp spots on the pitch thus forcing the game to be called off without a ball being bowled. The Men in Blue, who enjoyed a brief break, are coming into the series on the back of T20I series victories against Bangladesh and West Indies respectively and thus would be the more confident side out of the two.

Just like Guwahati, the team management and other Indian cricket fans would focus on comeback man Jasprit Bumrah who is making his return to international cricket. Bumrah has been out of action after India’s tour of the West Indies in July-August due to a stress fracture on his back and thus would be rearing to go and perform for the team.

While Bumrah will grab more eyeballs during the remaining two matches, the series is also important for left-handed opening batsman Shikhar Dhawan, making a comeback into the team post knee injury.

Dhawan, like Bumrah, was not part of the West Indies series after he hurt his knee during the Syed Mushtaq Ali Trophy. The left-handed opener was not at his absolute best in the T20I series against Bangladesh and faced criticism from several quarters. However, recently, he scored a century in the Ranji Trophy and showed glimpses of returning to form. Wicketkeeper-batsman Rishabh Pant – like recent times – will once again be watched with careful eyes. Pant knows that he cannot take things lightly and need to perform as Sanju Samson as already warmed the benches for six straight T20Is.

For Sri Lanka, the remaining two matches of the series would be about giving match practice to the likes of Angelo Mathews who is returning to the national side having last played a T20I against South Africa in August 2018. In their last T20I series, Sri Lanka suffered a 0-3 rout in Australia as all their three departments failed to put in a decent performance. 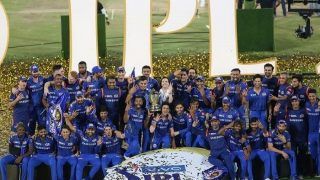 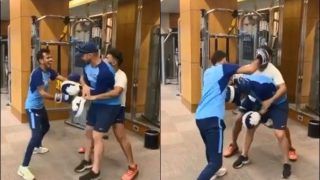