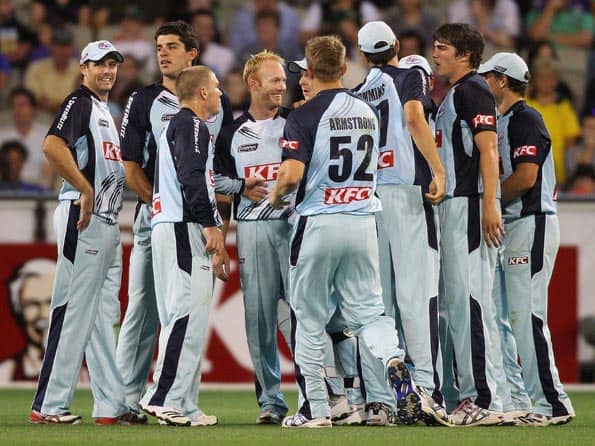 New South Wales Blues have won the toss, and decided to bat first in their first encounter in Champions League T20 against Cape Cobras on Saturday.

Underdogs Cape Cobras will aim to rock the boat of a young New South Wales team while Cobras s captain Justin Kemp whose team has two former Champions League T20 titlists — Chennai Super Kings and New South Wales — in their pool has admitted that his team is not as fancied as the others.

Cobras enjoy the advantage of having a clutch of experienced campaigners to rely on, including speed demon Dale Steyn, allrounder J P Duminy, the supremely gifted Herchelle Gibbs, English batsman Owais Shah and Kemp himself.

Meanwhile Blues, who are skippered by battle-hardened Australian opener Simon Katich will be tough to beat as they finished second in the KFC Twenty20 Big Bash to qualify directly for the group stages.

The Sydney-based side Blues has some promising youngsters in their ranks — Pat Cummins (fast bowler), Josh Hazlewood (fast medium), Nic Maddinson (slow left-arm orthodox) and Mitchell Starc (fast medium) — all aged 21 or below.