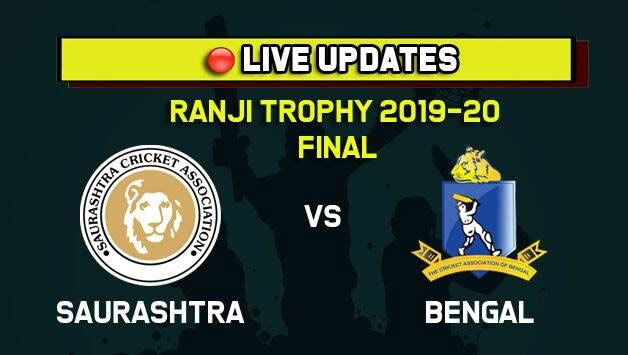 Hello and welcome to our live blog from the Day 2 of the Ranji Trophy 2019-20 final between Saurashtra and Bengal at the Saurashtra Cricket Association Stadium, Rajkot starting Friday.

Half-centuries from Avi Barot and Vishvaraj Jadeja starred with the bat but late strikes from medium Akash Deep kept Saurashtra to 206 for 5 against Bengal on Day 1 of the Ranji Trophy final on Monday. With both half-centurions departing after their respective fifties and Cheteshwar Pujara walking off due to dehydration, Bengal were the team in control at the time stumps were drawn.

Considering the increasingly deteriorating nature of the surface, Jaydev Unadkat had no hesitation in batting first and openers Harvik Desai and Barot responded with intent. They added 82 for the opening wicket although Bengal had only themselves to blame for the partnership to flourish. Desai was dropped at first slip in the 23rd over, followed by Ishan Porel slipping Barot’s catch at square leg not too long after.

After dominating the first session, where Saurashtra scored 77 without losing a wicket, Bengal came out positive after lunch and immediately struck with the wicket of Desai, who found substitute Abhishek Raman off left-arm spinner Shahbaz Ahmed. But with Barot going past his half-century, Saurashtra looked in no discomfort. He and Vishvaraj Jadeja took Saurashtra forward before Akash broke the threatening-looking stand with the wicket of Barot.

With Barot’s wicket, Saurashtra also lost a review. Jadeja and Arpit Vasavada forged a fifty-plus partnership to keep Saurashtra going, but Akash gave Bengal reasons to cheer again, cleaning up Jadeja. Sheldon Jackson, walking in ahead of Pujara started off positively with three quick boundaries but fell out LBW for a 15-ball 14 to Porel.

Pujara struck a boundary but his discomfort was visible, After struggling for 24 balls, an unwell walked off the ground of dehydration. Towards the final passage of play on the opening day, Akash was on the money for a third time, getting Chetan Sakariya to nick the ball to Wriddhiman Saha as Saurashtra lost their fifth wicket. 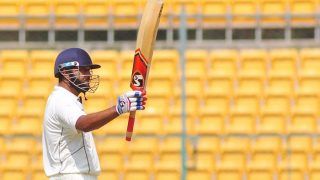 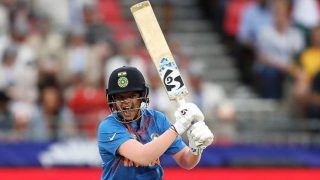